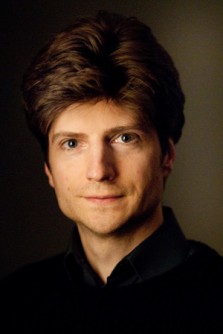 Newswise — Virtual humans are increasingly taking on roles that were once reserved for real humans. A study by researchers at the Indiana University School of Informatics at Indiana University-Purdue University Indianapolis (IUPUI) explores how appearance, motion quality and other characteristics of computer-generated characters may impact the moral and ethical decisions of their viewers.

The research, published in the June 2010 issue of the journal Presence: Teleoperators and Virtual Environments, found that the decisions of men were strongly affected by presentational aspects of the simulated woman, while women’s decisions were not.

“Much evidence has accumulated showing that nonverbal behavior can have a profound impact on human judgment in ways we are hardly aware of and this research extends that work to the digital realm. This work demonstrates that presentational factors influence people’s decisions, including decisions of moral and ethical consequence, presumably without their realizing it,” said study co-author Karl F. MacDorman, Ph.D., an associate professor in the Human-Computer Interaction Program at the School of Informatics. He is also an adjunct associate professor with the Purdue School of Engineering and Technology at IUPUI.

In the study, a simulated female character presented participants with an ethical dilemma related to sexual conduct and marital infidelity. The character’s human photorealism and motion quality were varied in four ways. The changes had no significant effect on female viewers, while male viewers were much more likely to rule against the character when her visual appearance was obviously computer generated and her movements were jerky.

“Although it is difficult to generalize, I think the general trend is that both men and women are more sympathetic to real human characters than to simulated human characters. So I think the women were mainly influenced by the moral dilemma itself, and they may have felt more empathetic concern for the character, because they could better imagine what it would be like to be in the same situation,” said MacDorman.

The fact that males and females react differently to changes in a character’s visual presentation could impact the design of future systems created to facilitate medical decision-making, crime reenactments and many other scenarios.

“The ‘human interface’ is the most natural interface for us to use for communication, because it is the interface we know best. There are many potential applications for simulated human characters as a communication interface. As we come to a better scientific understanding of how nonverbal behavior can be used to influence people without their knowing it, we will also need to consider how it might be exploited by humans who create virtual characters,” said MacDorman.

“If it is used to manipulate people into taking a course of action they might not otherwise take, such as buying more products or adhering to medical or behavioral advice, that clearly raises ethical concerns. Technology should not be used in ways that diminish human autonomy,” MacDorman concluded.

This study was funded by an IUPUI Signature Center and Research Investment Funds grant. A future study with a simulated male character is planned.

Co-authors of “Gender Differences in the Impact of Presentational Factors in Human Character Animation on Decisions of Ethical Consequence” in addition to MacDorman are Joseph A. Coram, M.S.; Chin-Chang Ho, M.S.; and Himalaya Patel, M.S. from the IU School of Informatics at IUPUI.

A copy of the paper can be found at www.macdorman.com/kfm/writings/pubs/MacDorman2010ImpactPresentationDecision.pdf