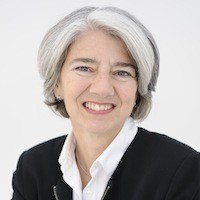 Charlene Galarneau is Assistant Professor of Women’s and Gender Studies at Wellesley College.

Charlene Galarneau, Assistant Professor of Women’s and Gender Studies at Wellesley College, is available to comment on the June 30, 2014, Supreme Court ruling that rejected the contraceptive mandate for some corporations.

Galarneau says: The ruling suggests that the court doesn’t take seriously enough the importance of contraception to women’s lives. It fails to recognize the importance of access to reproductive control on a woman's life; an importance that outweighs the burden to these corporations. Although the ruling is narrow, it will most certainly be used as precedent in future cases.

Her research addresses the ethics of health and health care and the philosophical and theological theories of justice that attend to gender, race, class and other relevant social structures. In particular, she studies the roles that communities and social groups (sub-national as well as transnational) play in determining the nature of just health and health care.

Her academic interests are experientially grounded in, and inspired by, her early public health work with rural community and migrant health centers, along with the communities they serve, through the Colorado Community Health Network (a state-wide primary health care association), and her tenure on the National Migrant Health Advisory Committee (DHHS Secretary appointment).

She hold’s a Bachelor’s degree from the University of Massachusetts, a Master’s from the Iliff School of Theology, and a Master’s and Ph.D. in Religion from Harvard University.