Which Heaven is “for Real?” 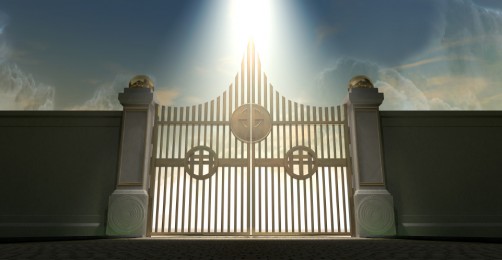 Newswise — “Heaven Is For Real” — or so contends the new movie by that name. But which heaven?

Several versions of heaven are depicted in art, literature, music and pop culture — many of which don’t mesh with faith doctrines, says author/pop culture critic Greg Garrett, Ph.D., a professor of English in Baylor University’s College of Arts and Sciences. Actually, Scriptures don’t give much detail about heaven, and many people rely on imagination, he said.

In the current movie “Heaven Is For Real” — based on the bestseller about a real-life family — a little boy who undergoes an operation for a ruptured appendix takes a trip to heaven, walking hand in hand with Jesus and spotting a rainbow horse before returning to earth.

Consider these variations of heaven, Garrett suggests:• Paradise. This is a place where dreams come true, as in the movie “Field of Dreams” — or perhaps Sports Illustrated swimsuit issues, with photos of lovely women in idyllic locations and the headline “Paradise Found.”• Heaven as Haven: A Place in Which We’ll Be Reunited with Those We Love. At the end of the movie “Titanic,” Rose passes through the ranks of those lost on the Titanic, ascends the stairs and takes the hand of her beloved Jack, Garrett notes. This vision of heaven is compatible with such hymns as “When the Roll Is Called Up Yonder.”• Zion: No Enemies Allowed. “The closing scene of "Les Miserables" shows the Paris barricades populated by all who have died and gone before us, singing about how the fallen ‘will live again in freedom in the Garden of the Lord’ — all, that is, except for that miserable Inspector Javert,” Garrett said. Then there’s the cabbie in a Marc Cohn song. He looks forward to heaven, where he won’t have to listen to tiresome passengers.• Earth 2.0: A Place Where We Go On Doing What We Do. In "Heaven Can Wait", Warren Beatty, cast as a player for the Los Angeles Rams, dies before his time, thanks to an over-eager guardian angel. He is cremated and the search begins for a new body, which turns out to be that of a murdered millionaire who buys the Rams, then pursues Beatty’s dream of leading the Rams to a Super Bowl victory.

Garrett questions what assumptions about these types of heaven say about those who favor them.

Why would Paradise be a place where we simply achieve what we’ve always wanted, whether that be keeping off the pounds or taking a permanent vacation? And sure, reuniting with friends and relatives would be fantastic – but shouldn’t union with God be the primary attraction?

As far as a heaven that allows no one we despise, “We seem to want to go on building little gated communities even in the next life,” Garrett observes. But what about loving our enemies? And shouldn’t heaven be more than just a change of address, with life going on as it does now – albeit happier?

Garrett will further explore depictions of death and the afterlife in religious and popular literature, film and TV in his upcoming book “Entertaining Judgment: The Afterlife in Literature and Popular Culture,” to be published in the fall.

ABOUT BAYLOR COLLEGE OF ARTS AND SCIENCESThe College of Arts & Sciences is Baylor University’s oldest and largest academic division, consisting of 26 academic departments and 13 academic centers and institutes. The more than 5,000 courses taught in the College span topics from art and theatre to religion, philosophy, sociology and the natural sciences. Faculty conduct research around the world, and research on the undergraduate and graduate level is prevalent throughout all disciplines.