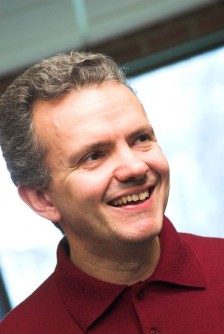 Newswise — A music scholar from the University of Southampton, UK has breathed new life into seven pieces of music written by the 19th century composer Giuseppe Verdi when he was in his late teens or early 20s.

Professor Francesco Izzo has supervised the edition of these compositions, dating from the 1830s, while producing a ‘critical edition’* to republish works by Verdi. The edition has painstakingly researched and brought together the original manuscripts in the composer’s hand, combining them with his interpretation of missing sections or parts – taking great care to stay true to the original scores.

Professor Izzo, Head of Music at Southampton, comments: “Verdi is known to have worked on a number of pieces when he was young – while studying under Ferdinando Provesi in Busseto. Many of these did not survive, however, a number of early works have surfaced. I have been working to revive these and bring them to an appropriate, authentic standard for publication and performance.

“We cannot be sure if Verdi wrote all of these pieces himself. Certainly the manuscripts are in his hand, with his notation, but because they were composed while working as an apprentice, it is possible there is influence from his master, or that he was asked to copy or complete someone else’s work. Historical records tell us that several pieces, including a Sinfonia in D Major and Sinfonia in C Major are certainly by Verdi.”

The project to edit and perform these early works is part of a wider one to create a complete critical edition of Verdi’s compositions, based on original sources and respectful of authorial intention.

After Verdi had hand-written his operas and other compositions, manuscript copies were made, and printed editions were prepared. Over the years, these copies and editions were inevitably altered – sometimes straying from the original in numerous and significant ways.

The critical edition The Works of Giuseppe Verdi addresses this by revisiting authentic sources. Professor Izzo, the General Editor, is working with The University of Chicago Press and Casa Ricordi to publish all of Verdi’s compositions in reliable, authoritative editions that will serve the purposes of informed, modern performances and provide scholars with novel insights into Verdi’s life and music.

The ‘Young Verdi’ pieces: Sinfonia in D major, Sinfonia in C major, Sinfonia in G minor, In Convertendo, Memento Domine David, Tantum Ergo and Io la vidi will be published in the critical edition in 2020. They have also recently been performed by Sarasota Opera in Florida as part of The Verdi Cycle, a 28-year project to perform all of the composer’s works, which started in 1989 and has just concluded. Some of the pieces were presented to the public for the first time in the modern era and were staged as part of the Grand Finale Week of the Cycle.

*A critical edition is one which attempts to show a work in its original form, using all the available evidence.

2) For more about the critical edition The Works of Giuseppe Verdi please visit: http://www.press.uchicago.edu/sites/verdi/index.html

3) For more on the Sarasota Opera The Verdi Cycle, please visit: http://www.verdicycle.org/#!blank/qbe6f

4) Music at the University of Southampton is an internationally recognised centre of excellence for research in music, ranked in the last national research evaluation (REF 2014) as the best Music department in the UK. The Department has particular strengths in early music, gender studies and the history of performance. http://www.southampton.ac.uk/music/

5) Through world-leading research and enterprise activities, the University of Southampton connects with businesses to create real-world solutions to global issues. Through its educational offering, it works with partners around the world to offer relevant, flexible education, which trains students for jobs not even thought of. This connectivity is what sets Southampton apart from the rest; we make connections and change the world.www.southampton.ac.ukhttp://www.southampton.ac.uk/weareconnected/