HoloAnatomy in the time of Covid-19 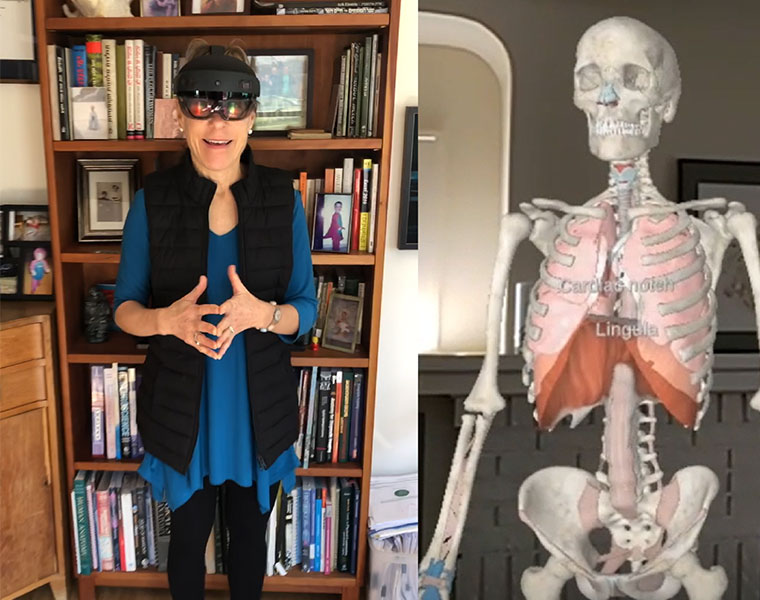 Case Western Reserve University School of Medicine anatomy professor Susanne Wish-Baratz describes the anatomical structures of the human body “standing” in front of her, while students do the same at their own homes while wearing the Microsoft HoloLens and using the HoloAnatomy software. 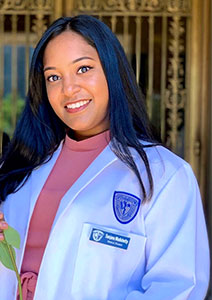 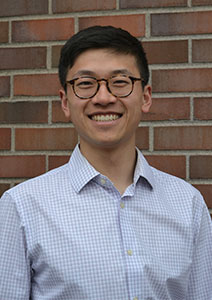 Newswise — CLEVELAND—Remote learning at one of the nation’s premier research institutions and medical schools has taken on a new dimension.

For the first time, instead of working together on campus, all 185 first-year students from Case Western Reserve University’s School of Medicine are using Microsoft HoloLens and the university’s signature HoloAnatomy mixed-reality software, despite the physical separation created by the COVID-19 pandemic.

The remote-learning application of HoloAnatomy that began in late March is believed to be the first of its kind in the world and the latest advance in the educational use of the holographic headset by Case Western Reserve.

“This unfortunate crisis has become an opportunity to prove that we could extend the reach of HoloLens education,” said Mark Griswold, a professor of radiology who is one of the faculty leaders for the HoloAnatomy project.

“This is the kind of thing for which Interactive Commons was founded,” he said, referring to the university-wide entity that helps faculty, staff and students use a range of visualization technologies to enhance teaching and research. “It’s about making the world smaller, making the campus smaller and getting people together to experience the same thing from anywhere.”

As anatomy professor Susanne Wish-Baratz recently described the anatomical structures of the human body “standing” in front of her, she did so from her home office in Cleveland—not a classroom on campus. And each of the students saw the same holographic body in their own homes.

You can view a video compilation of the first several classes here.

“Welcome to my home, everyone—and a shout out to Interactive Commons for this historical moment,” she said. “Now, let’s take a look inside the human body. We begin with the thoracic cavities...”

At that moment, students from Michigan to Florida to California to Ontario, Canada—each wearing their own Microsoft HoloLens mixed-reality devices loaded with the digital anatomy curriculum HoloAnatomy software—saw the same 3D model standing next to their parents’ coffee table, or in the middle of their own kitchen floor or next to their bedroom nightstand.

For student Kevin Zhai, 29, the holographic image of the human model occupied the same cleared-out space he has been using to exercise in the living room of his one-bedroom Cleveland apartment.

“I thought it was great, the best of both worlds, because we had the body to ourselves, in a way, but we also had Dr. Wish-Baratz there to describe it,” said Zhai, a native of Seattle. “Standing in my own apartment, I could peer into the body cavities and spend as much time in there as I wanted.”

Student Sanjana Madishetty, 23, stood in the small office area at her parents’ home in Northville, Michigan, leaning into the 3D images like Zhai to see the same structures from a new angle.

“There’s such a huge difference between dissecting a cadaver and this,” Madishetty said. “Both are valuable, but with HoloAnatomy, you can literally see through structure if you lean in like that and them come back out and the organ is still intact. You can’t do that with a dissection, and you can’t do it at home like this!”

The HoloAnatomy curriculum, the first third-party application for the Microsoft HoloLens device, launched in fall 2019, opening  just a few months after of the new Health Education Campus (HEC) of Case Western Reserve and Cleveland Clinic.

Faculty—and students—are so far pleased with the results.

Surveys of students in the last week have also found that many, like Zhai and Madishetty, find advantages to studying the anatomy of the human body with the help of the three-dimensional holographic images, Griswold said.

Griswold and other Case Western Reserve colleagues were the first from any university to learn of the HoloLens technology, then still under confidential development at Microsoft. The opportunity arose as Cleveland Clinic and the university were exploring ways to bring advances in technology to the HEC—then still in the planning and design stages.

Since then, an interdisciplinary team developed a complete 3D software suite of all of the organs, vessels and systems that comprise human anatomy, and faculty have repeatedly tested  elements of the software with medical students. Since the HEC opened late last spring, all first- and second-year medical students have participated in lessons using the program.

So this latest success, achieved after a fast-paced effort to prepare, update and ship 185 headsets to students, was exciting, but not unexpected, said Erin Henninger, executive director of Interactive Commons.

“I think we’ve always seen mixed reality as an opportunity to extend education outside traditional boundaries,” she said. “We can now be mixed-reality learners anywhere, as long as they have a HoloLens and WiFi.”

Henninger and Griswold said Interactive Commons and Microsoft had been working together since about March 11 to take HoloAnatomy on the road.

Griswold said software had already been partially embedded in a cloud-storage system, making the transition off campus a bit easier.

“We knew that this was a pandemic or would become one soon, so we knew we had to be able to find a way to do this at home, or at a lot of different homes,” he said. “We had been working in parallel for about the last four-and-a-half years on cloud-based infrastructure.”

Griswold said the team is also anticipating that this set-up could continue a lot further into the future.

“This is really more in line with the spirit of what’s being proposed here at Case Western Reserve and elsewhere—learning from anywhere and more online and modular,” he said. “If this were to continue all the way to fall semester, we’ll be ready.”

View HoloLens in the HEC

Caption: Case Western Reserve University School of Medicine anatomy professor Susanne Wish-Baratz describes the anatomical structures of the human body “standing” in front of her, while students do the same at their own homes while wearing the Microsoft HoloLens and using the HoloAnatomy software.