Dressing Down to Go Up in the Polls 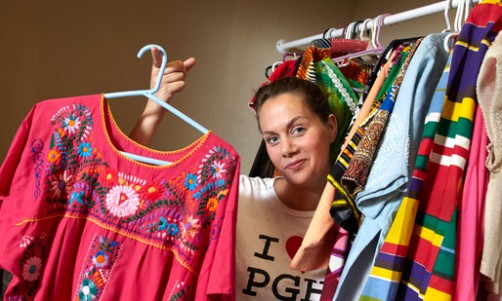 Gone are the days of Hayes, Harrison, and even Harding. For most of American history, we didn’t even know what our president looked like. Today, we know when he gets a haircut, his preference in ties, and the cut of his jeans. And candidates are well aware that what they wear matters to how the voting public feels about them.

The need to appear as “just a regular guy” has driven the “casualization” of our candidates and our presidents, and was likely at the heart of Truman’s decision dress down.  In 1951, Life magazine put Truman, clad in a Hawaiian-print sports shirt, on the cover and this image helped Americans redefine what a president should look like. Suit and tie? Most often. Real clothes worn by real people? Sometimes.

Truman was wrapping up his second term as president when he wore the shirt. The cultural ramifications of the Time magazine cover were instant and enduring. Sales of Hawaiian shirts skyrocketed and the Harry S. Truman Historic House in Missouri maintains a collection of 62 such shirts owned and worn by the President. The image also had implications in the White House and on the campaign trail. In the second half of the 20th century, American politicians selectively showed a more casual side of their wardrobes in an effort to identify with the American middle class. Think of the images of Kennedy in a blue cardigan with a shawl collar, Walter Mondale in a plaid button-down collar shirt and khakis, and Mitt Romney in a North Face fleece jacket and well-worn jeans.

This election’s candidates have remained relatively formal. You’ll be hard pressed to find images of either one in anything other than suits. Once in office, however, the winner have freer reign to show a casual side. Here are a few examples of how presidents have dressed down.

Supporters of the chapeau have blamed Kennedy for its rapid decline in the early 1960s, but the truth is that the accessory had been losing popularity for nearly a decade. Why? Some say the post-World War II rise of the automobile gave men less headroom and less need to wear hats; others point to the development of California fashion and its associated counterculture. As I teach the undergraduates in my fashion history course, there is never one thing that makes or breaks a fashion trend. Kennedy didn’t kill the hat, but he certainly made going without one socially acceptable.

Denim began as working-class garb, and Jimmy Carter used it to celebrate his down-home roots. Ever since Carter crafted his public image using the occasional work shirt and dungarees, jeans became a go-to garment for presidents. Ronald Regan paired them with a cowboy hat and denim shirt; George W. Bush held his up with a mammoth belt buckle; President Barack Obama threw the opening pitch in the 2009 MLB All-Star game in his notorious “dad jeans” — and got plenty of slack for their … slack.  If any president wants to look like us “regular” Americans, jeans fit the bill.

Obama certainly didn’t start the rolled-up sleeves trend, but he did make it his signature style. The meaning of the sleeve thing is obvious: “I’m willing to shake off formality and dig in to do the work.” Despite the lofty message, Obama’s critics have called the habit undignified, but the fashion press disagreed.  Magazines such as Men’s Health and Esquire ran articles on how to do it correctly. Hint: neatness is the key.

As Americans head to the polls to vote for our next president, we will do so in yoga pants, T-shirts, and tennis shoes. There’s no denying that the American wardrobe becomes more and more casual with each passing year. The candidates’ platforms may define who they are as politicians, but their wardrobes define who they are as fellow citizens. For this registered voter, that matters just as much.

Deirdre Clemente is an associate professor of history who studies clothing and social change. Her book, Dress Casual: How College Student Redefined American Style, traces the development of the modern American wardrobe. She is a costume curator and the associate director of UNLV’s public history program. In addition to the history of fashion, she is available for interviews on candidates' fashion trends this election season.

UNLV on Oct. 19 is host site of the third and final presidential debate.