Expert Available: State of the Union 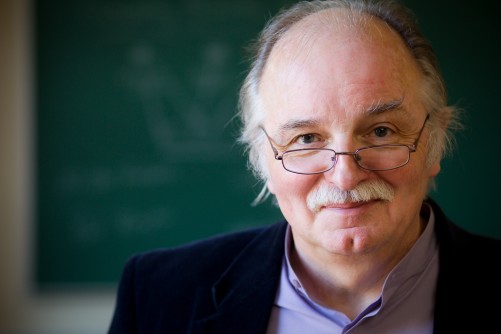 As President Obama prepares to deliver the 2015 State of the Union address on Jan. 20, Wake Forest University’s Worrell Professor of Anglo-American Studies David Coates can discuss what will and won’t be said and why. Coates is the author of a new book, “America in the Shadow of Empires,” that calls for a renewed national conversation about the nature of U.S. foreign policy and its domestic consequences. Climate change, immigration reform, and the Affordable Care Act will likely take center stage among domestic issues, Coates says. On the foreign policy front, he says, “A President elected as the anti-war candidate and awarded the Nobel Peace Prize for that anti-war stance, and one re-elected in 2012 as the less hawkish of the two contenders, has now committed himself and us, to an open-ended war of choice – the third U.S. war in the Middle East since 9/11. How his Administration intends to extract the U.S. from the open-ended commitment, and get back on the track of reducing U.S. engagement abroad in order to release resources for nation-building at home, is something he needs to address on Tuesday.” Coates can also talk about what likely will not make it into the speech, such as the ongoing squeeze on middle-class wages and persistent unemployment. “The U.S. is in trouble at home and abroad. But, six years into his administration, the President can’t say the state of the union is anything other than strong.” Coates is also the author of “Answering Back: Liberal Responses to Conservative Arguments” and “Making the Progressive Case.” He maintains the website www.davidcoates.net and blogs regularly on The Huffington Post. About Wake Forest University:Wake Forest University combines the best traditions of a small liberal arts college with the resources of a large research university. Founded in 1834, the school is located in Winston-Salem, N.C. The University’s graduate school of arts and sciences, divinity school, and nationally ranked schools of law, medicine and business enrich our intellectual environment. Learn more about Wake Forest University at www.wfu.edu.###