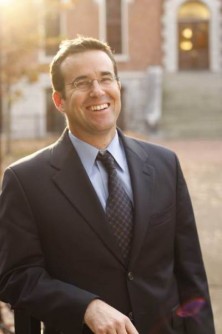 Imagine a company that has to fire and hire 3,000 key employees every four or eight years. That is exactly what the next president will have to do, and a Vanderbilt professor is calling the current presidential transition of power when it comes to appointees “crazy.”

“Would you invest your retirement in a company that replaces its top 3,000 executives or the equivalent proportion every four or eight years?” asks David Lewis, professor of political science and chair of the department.

Lewis, who has written two books, Presidents and the Politics of Agency Design and The Politics of Presidential Appointments: Political Control and Bureaucratic Performance, says, “The current system builds in instability and inefficiency, and needs to be transformed into a personnel system designed for a modern organization.”

Reduce significantly the number of presidential appointees. “It doesn’t have to be across the board, but you could imagine a plan that would force agencies themselves to identify a set of positions that probably could be filled by career professionals.”

Give more authority to seasoned employees. “There are people who have worked their whole lives and have expertise and they know how to get things done.”

President Bill Clinton is an example of a past president who did not handle the first 100 days in office very well, citing several missteps from tackling gays in the military to taking too long to name his key advisers.

Presidents who did a good job during the transition were George W. Bush and Barack Obama. Obama in particular had key personnel lined up quickly because of the economic crisis facing the country.Lewis has also conducted a massive survey of federal executives that showed a desperate need for civil service reform. Read more about the Survey on the Future of Government Service here.