Experts: CEO of GE Justified in Cautioning Against U.S. Protectionism 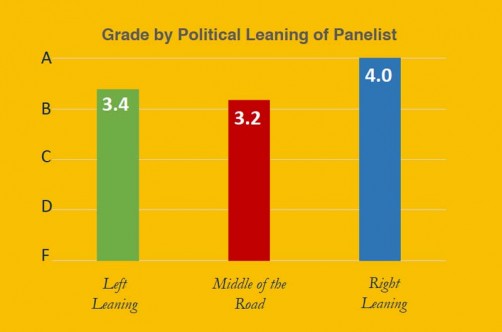 General Electric CEO Jeff Immelt recently said “protectionism makes the U.S. look weak not strong,” in a speech recently delivered at Georgetown University, openly disagreeing with many of President Donald Trump’s policies. He continued to say that while the systems of free trade didn’t work well enough for all in the United States, withdrawing from trade deals isn’t the answer.

While Immelt’s comments and advice to the President made national headlines, a panel of 20 experts looked at Immelt’s statements from a corporate governance and corporate reputation perspective and—for the most part—favorably viewed Immelt’s decision to take a public stand on Trump’s trade policies. The CEO of a company that makes nearly 70 percent of its sales outside the United States, received an overall grade of “B+” for speaking out in favor of modernizing and improving trade deals.

The Real Time Expert Poll © involves a panel of experts hailing from 39 world-renowned universities, including Oxford, Cornell, Columbia, INSEAD, Georgetown, Princeton and University of Pennsylvania. The panel periodically grades companies that take political stands, and also rates those companies on their transparency, consistency and other dimensions. The poll is administered by Drexel’s Institute for Strategic Leadership in partnership with the American Marketing Association.

The panel consisted of self-reported conservative, middle of the road and liberal panelists. Grades from panelists ranged from “A” to “F.” Most gave Immelt an “A” for his statements while one disagreed completely. What is most interesting is that conservative panelists awarded the highest grades (“A”) although the statements run counter to some of the Republican President’s plans. The lowest grade was for those who self-reported as middle of the road, and liberal panelists gave the company and Immelt a “B+.”

“Trade impacts a number of industries and states,” wrote one panelist, “Immelt is justified in seeking to influence this critical issue.” Another panelist said that Immelt made “a great case for business,” but that he might have connected his statements more to “how it helps American workers.”

“While there is always some risk in companies stating public policy opinions trade is an issue of material importance to GE and its stakeholders,” said Daniel Korschun, PhD, an associate professor at Drexel’s LeBow College of Business and lead administrator of the poll. “Immelt has managed to avoid direct confrontation with the Trump administration, yet still argues forcefully to keep trade open.”

Korschun also expects more CEOs to make statements on changes to trade policy. “Altering trade deals with Canada, Mexico and other partners has dramatic implications for multinationals, so many executives may feel compelled to join the national discourse on trade,” he said.

Polls are administered periodically when a company takes a public stand on a political issue. More details about the initiative, as well as a complete list of panelists is available at this link. Questions about the panel, poll and methodology can be directed to Korschun at [email protected].

A transcript of Immelt’s remarks is available at this link.

About the Institute for Strategic Leadership at Drexel University

The Institute for Strategic Leadership led by Executive Director Alison Young advances an evidence-based perspective to leadership. The Institute believes that clear, verifiable support will help leaders diagnose preconceived ideas and assumptions that may not be accurate, and replace them with practices that have been proven to be effective. The Institute generates evidence –based knowledge through research grants, curriculum development and corporate outreach.

About the American Marketing Association

The American Marketing Association is the largest marketing association in the world, and an official content partner of the poll. Trusted by nearly 1 million marketing and sales professionals a year worldwide, the AMA has more than 70 professional chapters and over 350 collegiate chapters throughout North America and select international locations. The AMA serves organizations and individuals who practice, teach and study marketing across the globe. It serves as a forum for connecting like ‐ minded individuals to foster knowledge sharing and relationship building; to be a trusted resource for marketing information, tools, education and training; and to advance marketing practice and thought leadership. Follow the latest AMA news at @AMA_Marketing.