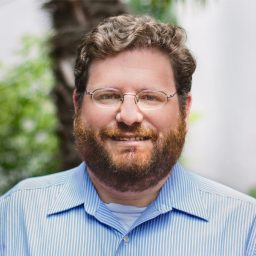 On Jan. 31, after a national referendum, elections, negotiations and delays, the United Kingdom is scheduled to leave the European Union.

The date marks the end of one political process and the beginning of another. When Brexit is official, the United Kingdom and European Union will begin negotiating a new  trading agreement.

Sean Ehrlich, a Florida State University associate professor of political science, is available to comment to the media about the ongoing process. Below, he discusses Brexit and how it could affect the relationships among the United Kingdom, European Union and United States.

What happens after Jan. 31?

For the rest of 2020, the United Kingdom will stay in the European single market and follow the European Union’s economic policies. They won’t have any vote in how the policies work, but they’ll still be subject to them, so nothing will really change on Feb. 1.

The rest of the year will be what’s been referred to as a transition period. The United Kingdom and the European Union will have the 11 remaining months of 2020 to negotiate. The reason why it was set up this way is the European Union said ‘We won’t negotiate with current members on trade agreements.’

They’ll be negotiating essentially how much access the United Kingdom will have to the European single market and which elements of it they will have access to. The basic tradeoff is going to be, the more British regulations and policies stay in alignment with European Union policies, the more access they get. But the more alignment the United Kingdom keeps, the less sovereignty it has. They’ll essentially be taking the regulations the European Union passes and implementing them, and the whole point of Brexit was to get their sovereignty back. So there’s this tradeoff between how much the United Kingdom wants to do its own thing and how much it is willing to lose access to the European market.

Why is that access and the lack of barriers to the market important?

Currently, the way things work is there is what’s referred to as a frictionless border. Products, goods, services and agriculture can move to the United Kingdom from the rest of Europe without stopping for any checks at the border, so they can move quickly and cheaply. That’s important in the modern business environment where you have international supply chains. Manufacturing in the United Kingdom is not only selling finished products to the rest of Europe. They’re buying raw materials, they’re buying intermediate products and they’re producing and selling intermediate products to other multinational corporations in Europe. Without the frictionless border, that’s going to significantly disrupt current supply chains and current relationships between retailers and their suppliers.

Imagine you’re a German automobile maker, and you’re buying parts from all over the world, including from British suppliers. You have options. You can buy them from other suppliers. Right now, British suppliers are attractive because their products aren’t taxed, their products aren’t inspected and they’re not stopped at the border. You can just buy them as if they were German suppliers. If they get taxed, if they get inspected or if they don’t meet European standards, then German automobile companies have an incentive to buy their parts from somewhere else, which will hurt British industry. When German cars are then finished and sent to Britain to be purchased, any delays or taxes will be passed on to consumers, and it will be more difficult for them to buy German cars if they want.

After Brexit is official, the United Kingdom and the European Union must renegotiate trade deals. Are there going to be issues with that?

Probably. The European Union is on record saying they don’t think it can be finished in 11 months, because normally a trade deal takes at least two years to negotiate. It’s true that the United Kingdom is probably going to want to pursue other trade agreements, like with the United States, but those will probably be on the back burner until this agreement with the European Union is finished.

Prime Minister Boris Johnson is on record saying he won’t extend the deadline. If they don’t finish the deal by Dec. 31, then there will be no deal with the EU. My prediction would be that if they’re close — if they’ve agreed on basic principles and they’re just negotiating the details — they’ll probably extend the deadline. But if there are still large differences in some of the basic principles they’re arguing over, then I suspect neither the UK nor the EU will want to keep extending the deadline. I think it’s possible that they will have enough of the deal done by Dec. 31 that they will push the deadline back a few months to finish the details, but it will be a herculean effort on both sides.

How will Brexit affect the United States, either in industry or for consumers?