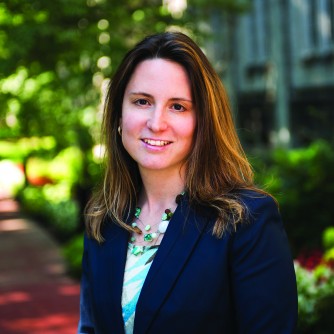 The responses to Wednesday's school shooting in Parkland, Florida, show that political polarization is preventing Americans from having serious conversations about gun violence, says Jody Lynee Madeira, an Indiana University law professor and an expert on the effects of crime on victims and survivors.

"To prevent such events, we have to assess why they occur and design preventative responses accordingly," she said. "But these assessments require having conversations about firearms, access to firearms and firearms regulations.

"These conversations are difficult at best -- and unlawful at worst," she said.

Some states have laws that prohibit certain conversations about firearms, Madeira said. Indiana, for example, bars public or private employers from requiring employees to disclose whether they own, use or transport firearms, even if their having guns could present a safety risk. Also, many people are reluctant to talk about firearms regulation for fear of being thought of as pro-gun or anti-gun zealots.

"We as a society need to be less defensive about discussing firearms without retreating behind the shield of the Second Amendment, and more proactive about engaging others in such conversations," Madeira said. "After all, we can't solve problems that we can't even discuss."

Madeira is a professor and the Louis Niezer Faculty Fellow in the Indiana University Maurer School of Law. Her scholarly interests primarily involve the intersection of law and emotion in criminal and family law. To speak with her, contact Steve Hinnefeld at 812-856-3488 or [email protected].