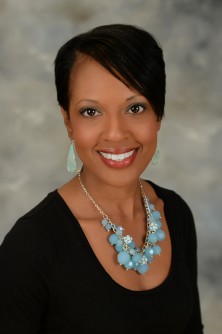 Dr. JeffriAnne Wilder, associate professor of sociology and race expert at the University of North Florida in Jacksonville.

Newswise — Dr. JeffriAnne Wilder is a sociologist and scholar specializing in diversity, race relations and gender issues. She is currently a tenured Associate Professor of Sociology at the University of North Florida.

She is available to discuss:

*The state of race in America as a result of the outbreak/outrage in Ferguson, Mo., over the shooting of Michael Brown and what can we learn or what do we need to do differently to respond in situations like these?

*How is this particular case changing the landscape of the idea of post-racialism (are we really beyond race)?

Wilder has been featured in several national media outlets, including CNN, "20/20," National Public Radio, "Nightline," The New York Times, Black Enterprise, the "Takeaway," The Grio and more. Her sociological expertise has been highly sought after in high-profile cases, including the Trayvon Martin and Jordan Davis murder trials.

As an African-American woman and sociologist, Wilder is very passionate about connecting sociology to the everyday issues occurring within our society. She writes, researches and lectures on the contemporary experience of African-Americans and other racial/ethnic minorities. Her work has been published in an array of academic journals and publications, and she regularly speaks on race, gender and diversity issues.

Wilder is also a distinguished expert and scholar of colorism in black American society. Her new book, "Color Stories: Black Women and Colorism in the 21st Century," will be published in early 2015.