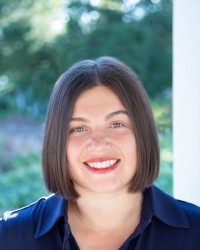 The U.S. Supreme Court’s draft ruling, leaked Monday, that would overturn the constitutional right to an abortion, shows how the country is “backsliding” on democracy, says Sophia Jordán Wallace, an associate professor of political science at the University of Washington.

“Rather than further restrict abortion access, the more common pattern in the world is lifting abortion restrictions. Rolling back abortion rights is rare in democracies and is a sign of democratic backsliding,” she said, pointing to Nicaragua and Poland as two other countries that have severely limited or banned abortion. “In the U.S., a number of states have recently passed laws severely restricting abortion access, and reversing Roe through this Supreme Court decision would place the U.S. as a significant outlier relative to other democracies.”

Jordán Wallace, who specializes in Congress, public policy and social movements, among other issues, outlined the potential impacts of the opinion, if eventually made final, on abortion rights, the role of the states, and the outcome of the midterm elections.

“The draft Supreme Court opinion indicates power would return to the people and representatives on the issue of abortion. In our system of federalism, this means geography will matter in terms of accessibility to abortion. In 22 states, there are already laws enacted or those that will be implemented if Roe is reversed, which severely restrict or make abortion illegal. Some states, including Washington, Oregon, and California, have already passed legislation that protects access to abortion and this Supreme Court decision would not decrease access for people in those states. This decision will likely prompt additional legislation by state legislatures who seek to either protect or restrict access.”

“Leaders of both political parties in Congress have taken very different approaches to reacting to the news of the draft opinion. Democratic Party leaders, such as Speaker Nancy Pelosi and Senate Majority Leader Chuck Schumer, have focused on the substantive impact of reversing Roe on women and their constitutional rights, denouncing the overturning of Roe, and placing the blame on conservative justices who were appointed by Republicans. Republican Party leaders such as House Minority Leader Kevin McCarthy and Senate Minority Leader Mitch McConnell avoided substantive discussion of abortion or the implications of reversing Roe, and instead focused on the leaked decision and demanding an investigation, framed it as an attack on the Supreme Court, and without evidence blamed the left for the leak.”

“The impact of this Supreme Court on the midterm elections could be substantial. National polling indicates that the majority of the country supports access to abortion, while less than a third support overturning Roe. Given public sentiments, the Supreme Court decision could provide Democrats with an effective message to mobilize voters in places where elections are close, for example purple districts or states. Republicans may find it hard to rally many segments of voters on the outcome of this Supreme Court case given public opinion on abortion. It may also be the case that the segments of the Republican base for whom this issue most strongly resonates were already highly active voters who were likely to turnout in the midterms, thus resulting in minimal positive electoral impacts for their party.”