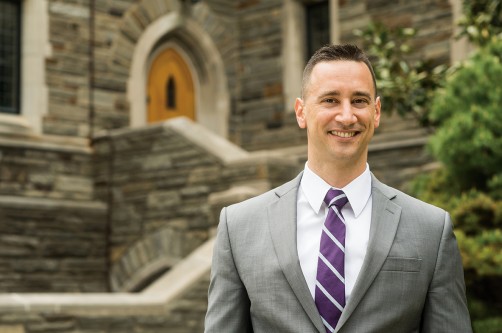 With the immigration debate making headlines in almost every news cycle, the use of the term “chain migration” by some officials has earned scrutiny by experts and pundits alike. Immigration scholar Richard N. Gioioso, Ph.D., assistant professor of political science and director of Latin American studies at Saint Joseph’s University in Philadelphia, explains why using “chain migration” misrepresents the changes to U.S. immigration legislators are seeking.

Debate on immigration in the U.S. Senate is now center stage as the current priority for Congress and the White House. Lawmakers are being pressured to reach an agreement before March 5, when the Deferred Action for Childhood Arrivals (DACA) program expires, and are attempting to pass comprehensive legislation that addresses many aspects of U.S. immigration policy, including overall numbers of immigrants admitted per year, border security and the visa lottery program. Another issue to resolve, prioritized by President Trump and Republican legislators in particular, is what they term “chain migration.” In fact, not an interview or article on the topic seems to be produced without it being mentioned. This term, however, misrepresents the actual changes to U.S. immigration the president and these lawmakers hope to enact.

What legislators and their staffs are targeting is not chain migration per se, but rather policies that govern family reunification. They propose specifically shortening the list of eligible family members that permanent residents and naturalized citizens can petition to come to the United States as new immigrants. In short and in effect, they want to be less generous with family reunification so that only spouses and minor children would qualify as new immigrants on the basis of their family members’ legal status, preventing lawful, settled immigrants from bringing to this country other family members, for example, their parents or adult children.

Let’s be clear: Chain migration refers to a much broader migratory phenomenon than family reunification, one that is both social and spatial in nature. Chain migration traces the connection between sending countries at a localized level — which could mean state or province, city, town or neighborhood —and spatial concentrations of immigrants in the receiving countries.

The practice emerges from social networks that exist in sending countries and encompasses immediate and extended family members as well as neighbors, co-workers, acquaintances and more. Networks in sending communities circulate information about life conditions in the specific places where immigrants have already settled, like job prospects and the cost of living. Information reaches interested parties and can, and often does, play a part in the decision-making process around if and when to migrate and which destination to choose. This creates high spatial concentrations of immigrants from specific areas in their sending countries recreated in the receiving country.

Of course, a portion of these spatial concentrations results from social ties, and information networks in the home country involve direct family members, but family reunification, which is truly being targeted to reform and diminish, only contributes a part, probably a small one, to the broader phenomenon of chain migration.

This distinction is worth remembering, as precision in the use of terms and concepts by lawmakers is often imprecise and can easily misrepresent an issue, in essence confusing voters. Such slipperiness might benefit legislators who depend on some level of voter support and confidence to make laws and secure their own jobs in future elections. For legislation that tackles various aspects of immigration at the same time, as will be the case in 2018, the language of limiting or reducing “family reunification” could be less convincing to voters than the amorphous, inaccurate and alarmist use of “chain migration.”

Decades of immigrant experiences and scholarly endeavor have shown that it is precisely the social ties among immigrants — strong family or friendship ties as well as weaker connections among members of extended social and information networks — that have facilitated successful incorporation into the American polity and economy, and society more generally. Chain migration, therefore, when defined accurately, should be understood as a potential benefit both for immigrants as they navigate the intricacies of a new country and learn the ropes, rather than as an undesirable phenomenon.

Rethinking the role and contours of family reunification as part of the American immigration system is a legitimate project, but lawmakers and their staffs owe it to the public to use appropriate and accurate language and meaning, a truth-in-advertising approach in selling an idea and legislative proposal, rather than one that is, at the very least, misleading.

About Saint Joseph's University: Founded in 1851 in the Jesuit tradition of academic excellence, Saint Joseph’s University is a top-ranked Catholic University that provides a rigorous, student-centered education. With a total enrollment of 8,500 undergraduate and graduate students, SJU offers a wide array of academic programs designed so that each graduate enters the world with a competitive resume and global perspective. This is achieved through intense academic study led by thought-leading faculty scholars, a comprehensive campus experience and robust study abroad, service-learning, internship and co-op programs. Upon graduation, nearly 100 percent of students are employed, pursuing advanced degrees or volunteering in prestigious service programs. A member of the Atlantic 10 Conference, SJU offers 20 Division I intercollegiate men’s and women’s sports. SJU alumni — over 68,000 strong — provide a powerful network that spans the globe.