Social Media as the ‘Ground Game’ in Election Season 2020 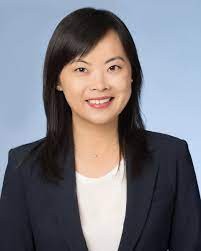 Like so much else this year, campaigning in the runup to the 2020 presidential election will look very different, says Maryland Smith’s Lingling Zhang.

With social distancing guidelines, much of the typical grassroots push to reach voters in parking lots and with door-to-door canvassing – efforts that in the past have been some of most effective to get voters to the polls, according to Zhang’s latest research – can’t happen.

“Had the pandemic not happened, I would have expected ground campaigning to have played a significant role this time,” says Zhang, a marketing professor at the University of Maryland’s Robert H. Smith School of Business. “But now because of these very unusual and special circumstances, they have to turn to something else that can work well to reach core supporters.”

Social media is likely to take on the grassroots role, she says, so get ready for a swell of political messaging on Facebook, Twitter and others. “The messages for this presidential election are going to become more extreme and more polarized.”

In “The Air War versus the Ground Game: An Analysis of Multi-Channel Marketing in U.S. Presidential Elections” forthcoming in Marketing Science, Zhang and co-author Doug J. Chung from Harvard Business School break down the most effective ways for campaigns to spend their marketing budgets to sway voters and get them to the polls to vote.

Using data from the 2004, 2008 and 2012 presidential elections, Zhang found the two things that resonate most with voters who already have their minds made up are grassroots ground campaigning efforts and PAC (political action committee) and Super PAC advertising, often dubbed attack ads.

“For all the people who have preexisting political beliefs, PAC advertising is very effective – more effective than advertisements sponsored by the candidates,” says Zhang. Why? “It’s because of the tone of these advertisements. PAC advertising tends to be more attacking. We find that these types of messages are better received by partisan voters.”

The research shows more neutral TV spots in support of a candidate don’t have the mobilizing effect, but there is a place for that type of advertising for voters who are still on the fence.

“Our research shows that if you’re going to do impersonal mass-media advertising, like TV advertising, you should be focusing on the middle-ground undecided voters. But with Super PAC ads and on-the-ground campaigning, focus on the areas where races are most contentious and focus on your core supporters to make sure they go out to vote,” says Zhang.

The difference this year is there aren’t as many undecided voters.

“Partisans are becoming more partisan,” says Zhang. “Also, people who are in the middle are moving toward the two extremes. In this presidential campaign, you have a very thin middle ground to play with.”

Because of that, campaigns should focus their money and attention on PAC advertising and social media, this year’s closest substitute to the traditional ground game. But how those strategies play out in what will be an anomalous election year remains to be seen, says Zhang.

“There’s a lot of uncertainty like everything else. Will they have the same role in terms of going out to vote? That’s a very interesting question mark.”