Analysis of more than 40 countries shows it does not matter which party -- left, right or centrist -- is in power 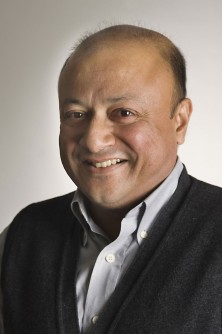 Newswise — BLOOMINGTON, Ind. -- Uncertainty created by political stalemates such as the recent government shutdown have a greater impact than government policies on businesses' ability to innovate -- a key factor fueling economic growth -- according to a new study from Indiana University's Kelley School of Business.

"Whenever anyone talks in the future about how disruptive a government shutdown is to the economy, we can provide the systematic data," said Utpal Bhattacharya, an associate professor of finance at Kelley.

An analysis of World Bank data from 43 countries found that policy generally does not affect business innovation, despite what political pundits like Rush Limbaugh and Rachel Maddow might say.

"Our results suggest that businesses adapt to different policies but face a problem when they do not know which policy to adapt to," Bhattacharya added. "What matters are political gridlock and the resultant policy uncertainty, because these have real adverse economic consequences -- it lowers the quantity, quality and originality of innovation in a country."

Bhattacharya's co-authors on the paper, "What Affects Innovation More: Policy or Policy Uncertainty?," are Xuan Tian, an assistant professor of finance and the Mary Jane Geyer Cain Faculty Fellow at Kelley, and Po-Hsuan Hsu and Yan Xu, professors at the University of Hong Kong.

The researchers started with a list of the 60 top patent-filing countries, according to the United States Patent and Trademark Office. Nations such as China, Kuwait, Saudi Arabia and the United Arab Emirates were excluded because no election data was available. One-party nations like Belgium, Cuba, Iran and Taiwan weren't included either. Other countries such as Egypt, Indonesia, Singapore and several former Eastern Bloc countries also were excluded.

"We used national elections to capture political uncertainty," Bhattacharya said. "Election outcomes are relevant to all aspects of policies such as fiscal, monetary, trade, social security, industry regulation and taxation."

In every country, Bhattacharya and his colleagues usually found a dip in business innovation during an election year, when political uncertainty was at its highest point, and then a recovery the following year. The dip was much larger than the difference between any of the parties.

"Political compromise benefits the real economy," Bhattacharya said. "It does not happen as much as it should because it does not benefit the politicians."

The working paper is available online at the Social Science Research Network site. The paper received no outside funding.