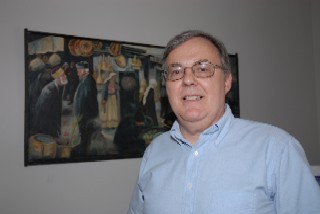 Newswise — The gerrymandering of congressional districts by the party in power is drawing national attention, including Maryland.  A professor at Salisbury University is supporting a position that would eliminate gerrymandering in a radical way, by eliminating congressional districts altogether: House members would be elected like U.S. senators, with statewide voting.

According to SU’s Dr. Michael O’Loughlin, such a strategy may move the country away from the single member district system and towards a more parliamentary, multi-member system.  It may have the democratizing effect of opening up the political system away from the dominant two parties and towards a multi-party system.

In March the Supreme Court will hear a partisan gerrymandering case that challenges the constitutionality of a Maryland congressional district redrawn by the state's Democratic leaders after the 2010 census.  The congressional district, Maryland’s 6th, had been represented by former Rep. Roscoe Bartlett, R-Md., for 20 years. But after the district lines were redrawn, Rep. John Delaney, D-Md., won the seat.  Republican voters who filed the case argue that Democratic leaders infringed upon their First Amendment rights in redrawing the district to ensure a Democrat would win the seat.

Cases like this would be eliminated with statewide voting; however, the Democratic and Republican parties are likely to dismiss the idea because it would threaten their dominance, O’Loughlin said. “An additional benefit would likely be a rise in voter participation because we would have more choices."