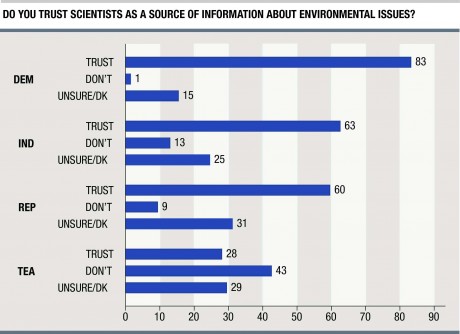 Figure 2: Do you trust scientists as a source of information about environmental issues? Responses are categorized by respondent’s identification with a political party. Republicans are subdivided into those who do or do not support the tea party movement. 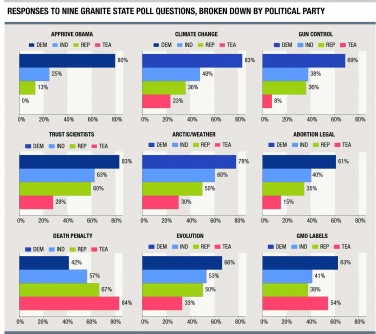 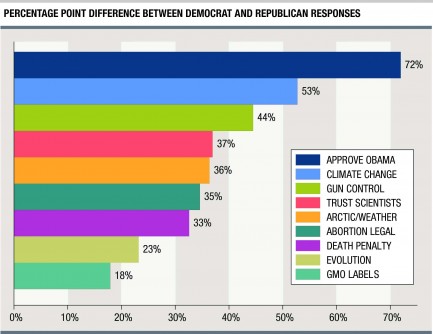 Newswise — DURHAM, N.H. – Almost two-thirds of Granite State residents trust scientists as a source of information on environmental issues, but tea party Republicans are much less likely and New Hampshire Public Radio listeners much more likely to trust scientists, according to new survey research from the Carsey Institute at the University of New Hampshire.

The research found:• Almost two-thirds of New Hampshire residents surveyed in January-early February 2014 say that they trust scientists to provide accurate information about environmental issues. Only 12 percent do not trust scientists to provide this information.• Large majorities within most political groups trust scientists, but only a small minority of tea party Republicans trust them.• Wide disparities occur along party lines regarding many questions about science. The 53 percentage point gap between Democrats and Republicans on climate change is one of the largest for any issue.• Trust in scientists shows a somewhat narrower Democrat-Republican gap (37 percent), which is larger than those for historically divisive social issues such as abortion or the death penalty.• People who often listen to New Hampshire Public Radio are more likely to trust scientists and respond differently from other New Hampshire residents on science-related questions.• People who often watch local television news or read newspapers, on the other hand, respond differently only on gun- or crime-related questions.

“Hearing from scientists directly heightens public awareness of what scientists do, what they know, and how they know it,” said Hamilton. “Other news media sources could potentially do that job as well, but our analysis suggests that NHPR has been most effective. Conversely, if scientists play only a background role in some media, with crime stories prominent in the foreground, their audiences will have less exposure to science perspectives and think more about crime.”

According to Hamilton, Americans have historically placed a high level of trust in information provided by scientists, and while that trust has declined somewhat during the past two decades it remains strong compared with other institutions such as political leadership or the news media.

The data used in this research was provided by the Granite State Poll, conducted by the UNH Survey Center. The work was supported by grants from the National Science Foundation, as well as the Carsey Institute and the Sustainability Institute at UNH.

Images to be downloaded: 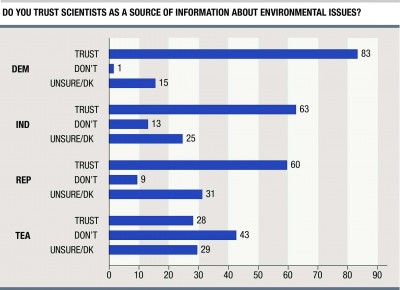 Caption: Figure 2: Do you trust scientists as a source of information about environmental issues? Responses are categorized by respondent’s identification with a political party. Republicans are subdivided into those who do or do not support the tea party movement. 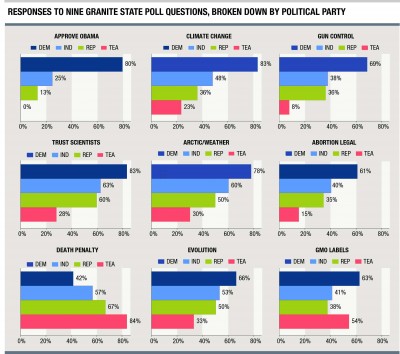 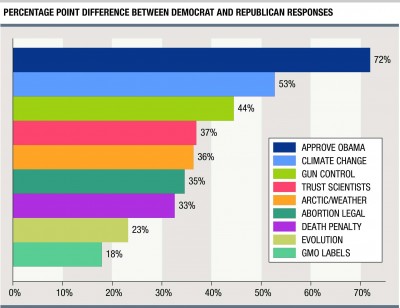