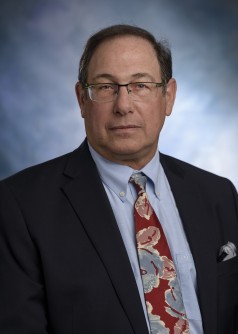 Newswise — As U.S. Sen. Ted Cruz (Tex.) and Ohio Gov. John Kasich join together in an attempt to deny Donald Trump enough delegates to secure the GOP presidential nomination outright, life is imitating art, a political scientist versed in executive power and political portrayals in media says. "In a real world version of The Hunger Games, Kasich and Cruz have teamed up to defeat Donald Trump. But unlike the movie, at least one of them doesn't have to die,” said Daniel P. Franklin, associate professor of political science at Georgia State University. “This move lays the foundation for a Cruz-Kasich ‘unity’ ticket.”

Franklin’s research explores executive powers and the relationships between the presidency and Congress. His research also examines popular movies and television shows as indicators of political and social culture of the United States.

An updated edition of Franklin’s “Politics and Film: The Political Culture of Television and Movies” (Rowman & Littlefield) will be released later this summer, to include examinations of what films and television shows like American Sniper, House of Cards, Orange is the New Black, and Twelve Years a Slave tell us about popular conceptions of government, the military, intelligence and terrorism, punishment and policing, and recognized mistakes in our shared history.

Franklin is also the author of “Pitiful Giants: Presidents in their Final Term” (Palgrave MacMillian, 2014). It explores the approaches U.S. presidents elected to a second term after World War II have taken to executive actions, including Eisenhower, Reagan, Clinton, George W. Bush and Obama, during their final years in power.