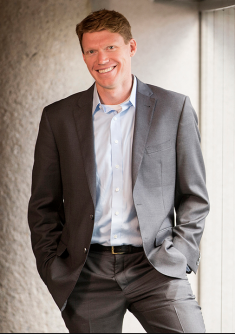 Media note: Vanderbilt has a satellite broadcast studio on campus.

Vanderbilt law professor Timothy Meyer can discuss the differences between NAFTA and the new U.S.-Mexico-Canada (USMCA) trade agreement. Meyer’s current research examines how international economic agreements relate and respond to concerns about economic opportunity and inequality, as well as the role of the constitutional separation of powers in U.S. international economic policymaking. Last week Meyer coauthored a piece for Politico suggesting that Canada might ultimately be better off if they simply ran out the clock on the deal.

Meyer says that, with some exceptions, much of what is new in the agreement are provisions already agreed to during the Obama administration as part of the Trans-Pacific Partnership (TPP), such as labor rules, environmental rules and intellectual property. Changes include increased access to dairy markets for the U.S., the elimination of investor-state dispute settlements and a new requirement that 30 percent of cars built in Mexico be made by workers making $16 per hour or more. The U.S. also made a number of concessions, Meyer says, particularly in relation to some tariffs, though steel and aluminum tariffs are unaffected.

“The big story, though, will be legislative approval,” Meyer says. “It is unlikely that the current Republican Congress will be able to vote on the necessary legislation implementing the bill. That means that what is likely to be a newly elected Democratic majority in the House would have to approve the agreement. That prospect could be fraught, since Democrats opposed the TPP, on which much of USMCA is based, and have been frequent critics of NAFTA. It would also hand Trump a win on his signature issue. So, I think what we are likely to see is negotiations shift from the international arena to the domestic. We are, in other words, only in the middle of the NAFTA 2.0 story, not at the end.”

Meyer, FedEx Research Professor and director of the International Law Program at Vanderbilt Law School, is an expert on international economic and energy law. He has testified before the U.S. Senate committees on foreign relations and the judiciary. He practiced law for several years at the Office of the Legal Adviser in the U.S. Department of State.