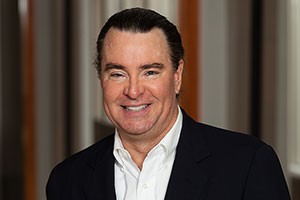 Michael Crant is professor of management and organization at the University of Notre Dame's Mendoza College of Business.

In the third and final presidential debate Oct. 19, Republican nominee Donald Trump suggested that he might not accept the results of the Nov. 8 presidential election after warning his supporters that the election could be “rigged.”

This is a classic type of excuse-making called “self-handicapping” or making a preemptive excuse, according to J. Michael Crant, professor of management and organization at the University of Notre Dame’s Mendoza College of Business, and co-author of "Handicapping: The effects of its source and frequency,” published in the Journal of Applied Psychology.

“The unique feature of self-handicapping is its timing,” Crant says. “Excuses are generally offered after a problem occurs. In contrast, self-handicaps are excuses offered before an event. The idea is that by shaping expectations, one will be held less accountable in the event that things go poorly. Trump’s talk about rigged elections can be interpreted as trying to minimize future blame if he loses the election.”

Another example, Crant says, is a student telling her mother not to expect her to do well on a test because the teacher didn’t do a good job explaining the material.

“If the student does poorly on the test, she has deflected blame away from herself and on the teacher and hopefully mom won’t be as angry because of the preemptive strike,” Crant says.

Self-handicapping can work. Or it can backfire.

“It decreases blame if you fail and increases credit if you succeed,” Crant says, “but only under certain situations—when people view you as credible, when you don’t do it too often, and when somebody else acts as your messenger. However, if people think you lack credibility, it will make things worse than before you made the preemptive excuse. There is some evidence that doing it more than once or twice makes people suspicious of your motives and has a backlash effect. And when you do this yourself rather than having another person be your messenger, it also seems to diminish trust in the message. People don’t like to be manipulated with obvious impression management attempts.”

Trump has issues with all three of these areas, according to Crant.

“Think back to Mr. Trump’s explanations for his performance in the earlier debates,” he says. “He blamed his performance at the Sept. 26 debate in part on a bad microphone that was not noticed by anyone other than the candidate. The Oct. 9 debate included several complaints about biased moderators, including remarking that it was one on three. The credibility of the messenger and the message, based in part on the frequency of the rigged-election claim and past excuses, should be concerns for the Trump camp in predicting public reaction to the rigged election claims.”