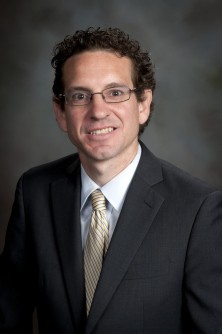 The U.S. Supreme Court, in a ruling Wednesday, ordered a lower court to reconsider whether Republican-led legislators tried to dilute the clout of African-American voters when redrawing legislative districts. Plaintiffs argued Virginia lawmakers unconstitutionally packed racial minorities into a handful of state legislative districts in order to reduce their influence elsewhere.

Virginia Tech gerrymandering expert Jason Kelly is available for interviews to discuss the ruling and its possible impact.

"Essentially, they need to redraw the districts such that, within these 11 districts, the ability of black voters to elect their preferred candidate is not diminished. But they must do so by considering each district separately rather than establishing a bright line test that applies to all majority-minority districts in the state."

The lawsuit, filed on behalf of several African-American voters, claims legislators elevated race above traditional redistricting when redrawing lines for the Virginia House of Delegates in 2011, and that amounted to unconstitutional gerrymandering. About KellyKelly is an expert in American and judicial politics, the U.S. Congress, and political parties. His research includes exploring whether legislative redistricting creates electoral advantages and how the variance in redistricting procedures across states affects the degree to which congressional districts are gerrymandered to benefit one party over the other, as well as incumbents over their would-be challengers.

Schedule an interviewTo secure an interview with Kelly, contact Jordan Fifer in the Media Relations office at 540-231-6997.

Our studioVirginia Tech’s television and radio studios can broadcast live HD audio and video to networks, news agencies, and affiliates interviewing Virginia Tech faculty, students, and staff. The university does not charge for use of its studios. Video is transmitted by LTN Global Communications and fees may apply.