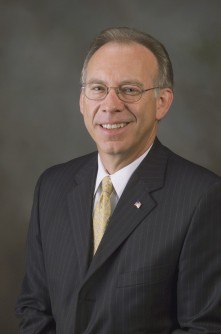 Upcoming debates represent a chance for Hillary Clinton to improve her image as a candidate who is candid and trustworthy. Meanwhile, Donald Trump faces a significant opportunity to grow his support, assuming he sticks to a well-defined game plan. Virginia Tech political expert Bob Denton details a three-point strategy for both candidates as they approach the series of debates.

For Clinton:  She must appear “Presidential” and competent in possessing the skills and knowledge to hold the job, especially in foreign policy.  Clinton must address the issues of trust, judgment and character by providing context, admitting wrong decisions and share lessons learned.  Clinton should respond to personal attacks by staying calm, use of humor, showing she’s in control.

For Trump:  Trump must not be too aggressive or condescending in attacking Clinton. She must not become the victim of the debate.  He must demonstrate empathy for middle-class working Americans and minorities. Voters need to believe he understands their life struggles.  Trump must appear “Presidential,” displaying calm, confidence and knowledge of issues. He need to convey honesty, sincerity and transparency.

Denton believes strongly that debates matter a great deal. “First debates generally have an average 3 percent shift one way or the other,” said Denton. “In a race as tight as this year’s contest, debate performance will be critical.”

Bob DentonProfessor Denton specializes in political communication with a focus on media and politics, political campaigns, and presidential discourse. He is the author, co-author, or editor of 25 books and has written numerous scholarly articles, book chapters, and presented over eighty convention and professional papers. In addition to his scholarly pursuits, Denton remains involved with broadcast news media. He has worked in a variety of capacities including as a senior consultant, a political analyst, and as a television host.