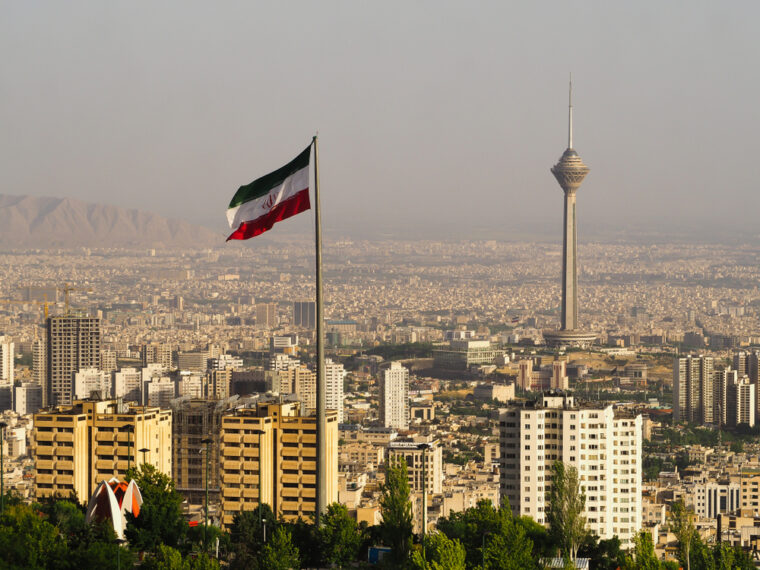 Thousands of mourners have taken to the streets in Iran following the Jan. 3 death of Qasem Soleimani, commander of Iran’s Quds Force. Many questions remain following the U.S. drone strike in Iraq and Iran’s posturing about potential retaliation. Chief among them: Was the strike legal?

“Unless there is much more to the story than meets the eye, the answer seems to be no,” said Leila Sadat, the James Carr Professor of International Criminal Law at Washington University in St. Louis’ School of Law and director of the Whitney R. Harris World Law Institute.

Sadat is a noted expert on international criminal law.

“First, it is worth underscoring that the intentional killing of a human being — any human being, even a so-called ‘bad guy’ — is murder. And murder is justified only under very limited circumstances, one of which is, indeed, the targeting of military personnel during a war. But Iran and the United States are not at war — and if the situation were reversed and Iran began targeting high-ranking U.S. generals for execution, the U.S. would properly argue that it was acting unlawfully. So if this was not a lawful wartime killing during an ongoing war, and the United States claims it was not starting a new war, what exactly was it?”

International treaties and agreements such as The Hague and the United Nations Charter frame laws around military acts by one nation against the other.

“Most commentators — including this one — would argue this was a targeted killing or assassination, carried out in the sovereign territory of a third state (Iraq),” Sadat said. “The International Court of Justice has found strikes such as these to violate international law on other occasions, noting that a state may only use military force in self-defense under the U.N. Charter if it is responding to an armed attack, which is not the case here. Secretary (of State Mike) Pompeo has ducked the question by arguing that the killing was necessary because Soleimani was a ‘terrorist’ and that attacks on Americans were imminent. Recall, however, that unlike other terrorists, such as members of Al Qaeda who are ‘non-state actors’ under international law, Soleimani was the No. 2 figure in Iran’s government, making the decision to strike him a significant — and alarming — expansion of U.S. power to target and kill state officials.”

‘Unlike other terrorists such as members of Al Qaeda who are ‘non-state actors’ under international law, Soleimani was the No. 2 figure in Iran’s government, making the decision to strike him a significant — and alarming — expansion of U.S. power to target and kill state officials.’

Explanations and evidence provided by U.S. government officials so far sound to Sadat as if they fail to meet either or both international law and/or standing U.S. policy.

“The Obama Administration issued a memorandum in December 2016 on the use of force that requires any lethal use of force against a terrorist — who is not a state actor — to be a last resort, to be employed only if capture is not feasible, that relevant authorities in the country where the action is contemplated (Iraq in the instant case) either cannot or will not effectively address the threat, and that the terrorist target poses ‘a continuing, imminent threat to U.S. persons,'” Sadat said.

“Although many international lawyers have disputed President Obama’s ‘unable or unwilling’ standard for the use of lethal force, even assuming it is applicable here, it is not clear that it works in this case. Although Secretary Pompeo has argued that attacks were imminent, no evidence has been offered to make that case, making this even less credible in the eyes of the international community than the case the (President George W.) Bush administration offered to justify the 2003 invasion of Iraq. It is not clear why the Iraqis could not have been asked to arrest the general or why U.S. troops in Iraq could not have taken him into custody — or expelled him if he really was a danger to U.S. interests in Iraq or elsewhere. The Trump administration would do well to make that information public if only to regain public trust.”

What’s next? For one, a U.S. strike like the one President Trump publicly threatened could expose the administration to charges of war crimes, Sadat said.

“The Iranian reaction to the killing has been predictable: Mass protests and anti-American sentiment are now pervasive throughout the country, the hardliners hands have been strengthened, and Iranian leaders have vowed revenge,” Sadat said. “In return, President Trump has threatened Iran with 52 strikes representing the 52 U.S. hostages taken by Iran in 1979, including attacks cultural sites, a move that would violate the treaty obligations of the United States, Security Council Resolutions, and expose the President and others to possible charges of war crimes.

“The question that many are left with is, why now? The possibility of targeting Soleimani arose during prior administrations, each of which concluded that it was not worth the risk of pulling the U.S. into a protracted armed conflict with Iran to do so. Instead, President Obama negotiated the nuclear deal with Iran, an agreement that President Trump repudiated. It is true that Iranian provocations had increased in recent months, in response to the Trump administration’s maximum pressure campaign, probably leading administration officials to conclude that some action needed to be taken. But the administration has roiled the international community with yet another unpredictable and destabilizing move.

“One can only hope that Iran exercises restraint in its response — and that both countries come back to the negotiating table to work out their differences.”