What to look for in U.S. Senate debate from Virginia Tech political expert Bob Denton 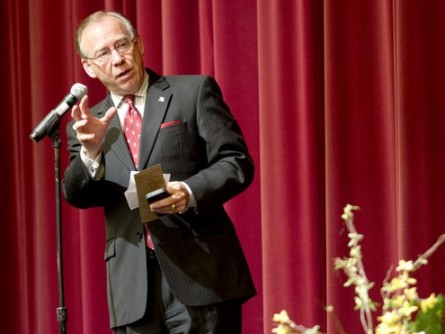 The first debate for candidates for U.S. Senate from Virginia – scheduled for this coming weekend – will likely set the tone for the race as it enters the fall, according to Virginia Tech's Bob Denton.

The first debate for candidates for U.S. Senate from Virginia – scheduled for this coming weekend – will likely set the tone for the race as it enters the fall.

Both candidates, incumbent Democrat Tim Kaine and Republican challenger Corey Stewart are expected to play to their base and core supporters in order to generate significant post-debate media coverage, according to Virginia Tech’s Bob Denton.

Denton is a recognized expert on Virginia politics, political communication, debates and political campaigns. He has followed Kaine’s political career since he was first elected mayor of Richmond in 1998.

Denton points to five themes to look for coming out of Saturday’s debate at The Homestead in Hot Springs.

The Virginia Bar Association traditionally sponsors the first public debate of the campaign season in Virginia.  This year’s debate on July 21 begins at 11:00 a.m.  Judy Woodruff, the anchor and managing editor of "PBS NewsHour" will moderate the debate.