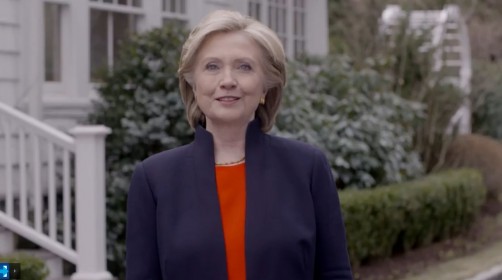 Newswise — AMES, Iowa – Hillary Clinton will speak to thousands of voters in the weeks and months ahead as she campaigns for the Democratic nomination for the 2016 presidential election. Clinton’s speeches will add to the growing collection that already exists in the Women’s Political Communication Archives created by the Carrie Chapman Catt Center for Women & Politics at Iowa State University.

The archives include speeches Clinton made as secretary of state, New York’s first female U.S. senator and as first lady of Arkansas and the United States. Kelly Winfrey, a lecturer for the Catt Center, says to date there are nearly 2,000 speeches and political ads for more than 300 women candidates that are easily accessible through the online archives. All include a transcript of the text and many also feature video.

“We have a bank of speeches and advertisements from women who have run previously, such as Carol Moseley Braun, Pat Schroeder, Sarah Palin and Elizabeth Dole,” Winfrey said. “We’ve worked to build these databases so we can look back and see how have women candidates for the presidency and vice presidency communicated in their campaigns and their advertisements.”

Winfrey, who studies differences between men and women political candidates, says the uniqueness of being a female candidate has changed with time and that’s reflected in their campaign messaging. There is a greater focus today on the issues as opposed to a candidate’s gender. The Catt Center’s archives provide a great source for comparison between candidates and a candidate’s past campaign.

“Now that Hillary Clinton has announced her candidacy, we can look back at her speeches and campaign ads to see what she did during the 2008 campaign and what went wrong in terms of messaging. We can compare that to what she’s doing now to see if there are aspects that are more successful for female candidates,” Winfrey said.

Gender will still play a role in this campaign and Winfrey says Clinton should embrace that fact. Research shows there are differences in the way women govern. They’re generally more collaborative and willing to work across party lines – a strength Clinton should highlight.

Through her research of Clinton’s 2008 campaign, Winfrey found numerous examples of sexism in the news media as well as from voters. She expects that will be less of an issue in this election cycle, but will still exist. However, Clinton’s experience as secretary of state should erase some of the stereotypes about women not being able to hold the presidency, Winfrey said.

Messaging will also be important for Clinton in this campaign. The lack of focus is one of the hurdles she must overcome from 2008.

“The biggest problem with her campaign was there wasn’t a clear message. She talked about a lot of different issues. I think she struggled to find a singular or unifying message,” Winfrey said. “She needs to talk more about the fact that she is a female. In 2008, she wanted to talk about issues, which is generally a good decision, but she shouldn’t downplay the fact that she would be the first female president.”

The archives are a resource for faculty teaching courses and conducting research in political science, speech communication, journalism, women's studies, sociology, history and other fields. Researchers, students, and anyone interested in women’s political rhetoric can search the archives by topic or name. For example, anyone wanting information on equal pay can type in those key words and find any speech or political advertisement with equal pay in the text, Winfrey said.

The Archives of Women's Political Communication is made possible through a generous gift from Richard and Mary Jo Stanley of Muscatine, to develop a significant research collection focusing on women's political leadership in the United States and throughout the world. You can access the archives here: http://www.womenspeecharchive.org/.