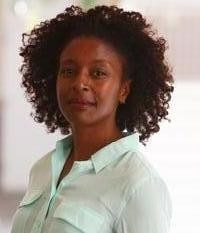 It's Not Obesity. It's Slavery

Evaluating the inadequate and questionable data about race, weight and Covid-19 complications with these insights in mind makes it clear that obesity.

Cultural Humility in the Face of Tragedy and Turmoil

These men did not know one another. They held different jobs, lived in different cities, grew up in different circumstances. But they are all African American and all experienced the consequences of the United States’ long history of persistent racism.

“What we are experiencing right now is a pandemic in which there is this massive social movement and these two things are deeply connected. We need to keep that in mind. It’s because of the fact that people, especially Black people, are unemployed and underemployed, and then also facing racial profiling from police and then also not having enough food to feed their children.”

“The problem that we're facing is an institutionalized problem. To the extent that policing in this country has a culture of maintaining a blue line, then we are able to see how systemically we're not able to get justice for the Black people who are often the targets of police violence.”