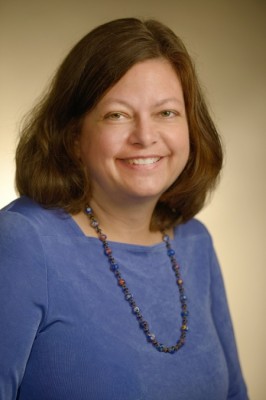 A Virologist Shares Misconceptions About SARS-CoV-2

It's what we think is a third in a line of emerging coronaviruses. The first was SARS, which came out in 2002. SARS had slightly a less than 10% mortality rate but thankfully did not transmit as well as this virus.

Behind the Blue Special Edition': Rebecca Dutch on UK’s Efforts to Treat, Understand and Eradicate COVID-19 Virologist Shares What We Know About COVID-19

Clinical leaders from the University of Kentucky’s Markey Cancer Center, College of Medicine and College of Pharmacy have launched a clinical trial for experimental therapies to treat patients infected with COVID-19.
11-May-2020 09:00:08 AM EDT

Researchers and faculty from multiple disciplines across the University of Kentucky are coming together as part of the global effort to treat, understand and eradicate COVID-19. A new workgroup within UK’s College of Medicine is bringing together experts from across the campus to focus on advising COVID-19 patient care and clinical trials based on emerging research and potential treatment options.
03-Apr-2020 08:55:53 AM EDT 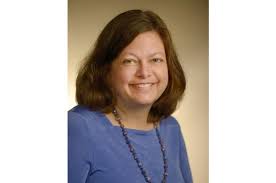 “The rapid funding of these project is critical to allowing UK’s researchers to effectively address the COVID-19 crisis,” said Rebecca Dutch, PhD, professor of Molecular & Cellular Biochemistry, who leads the CURE Alliance. “The already funded projects highlight the wealth of research expertise here on campus, and the ability of those experts to rapid deploy their experience to help face this crisis.”

“The PCR test is what’s generally used now to look for active infection, and that’s looking for viral RNA,” says Dr. Dutch. An antibody test uses antigens to see if a patient’s blood contains antibodies that bind to the antigen; antigen tests use antibodies to see if the antigen is present in the patient’s nasal cavity.

“ If someone who seems to have cleared the viruses, had multiple negative tests and then comes back infected nine months, 12 months later, that would suggest - be more suggestive of reinfection than someone who a few months later without being 100% sure has cleared the infection is re-spiking sequences.”

“I would make the assumption that it's possible to get something back even if you had it. So just go ahead and take the precautions. I still think it's likely that we're generating protective response for most people, that the history of respiratory viruses would suggest that's the most likely scenario.”

“Some asymptomatic people may simply not be perceiving that those changes are going on and not be getting ill enough that they notice it. So, you can't rule out the possibility that someone might have some longer-term issues that they're dealing with because they had the virus but weren't aware of it.”