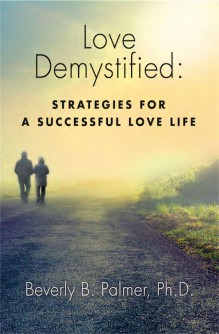 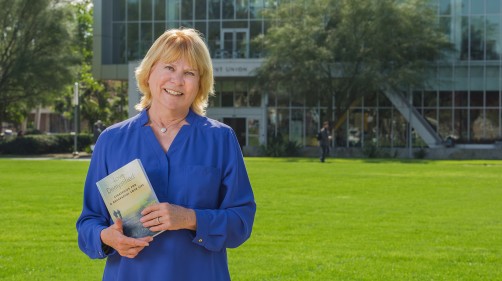 Newswise — Valentine’s Day is just around the corner. For the very young, it’s a curious yet cheerful day when often illegible sentiments scribbled on adoring cards, accompanied by pastel-colored candy hearts, pile by the dozens on their school desks.

As adults, love becomes much more challenging, and often as hard to decipher as a note from a 2nd grader. Many turn to the web for advice, only to become more frustrated, according to psychologist Beverly Palmer, emeritus professor of psychology at California State University, Dominguez Hills. She noticed that much of the information about love and relationships on the Internet is misleading opinions, so she decided to write “Love Demystified: Strategies for a Successful Love Life.”

“Unlike what one often finds on the web, ‘Love Demystified’ is based on scientific research, and what I’ve learned working with people for so long in my practice,” said Palmer, who has taught at CSUDH since 1973, and has been counseling couples and singles as a clinical psychologist in private practice since 1985.

In “Love Demystified” Palmer offers tips and techniques that she says can be applied during any stage of a loving relationship, from finding new love or fixing a current relationship, to falling in love again after a loss.

Q: Advice about anything on the web needs scrutiny, but it is a quick and easy way to access it. How did you take the Internet’s convenience into consideration while outlining your book?

A: “Love Demystified” is written in an accessible popularized style, especially designed for those who are used to short Twitter feeds. The reader feels very involved. It’s more journalistic in style, with catchy section titles and subtitles and just a couple of paragraphs addressing each topic. There is also an entire section on social media and how to avoid the problems there, such as how you never know who you’re really connecting with on those portals. I have also done a lot of work with psychological assessment, and have developed and studied research questionnaires with good scientific properties in a broad range of subjects, which helped guide the book.

Q: Valentine’s Day is not the same experience for everyone. Some college students are not in serious relationships, but would like to be, or have never been in one. What advice would you give students in these situations?

A: On Valentine’s Day you can really feel like an outsider. It is marketed heavily nationally as if there is love all over the place, but many people find themselves wondering “Where is my love?” For college students in a relationship, they have to work hard to find time with their partners, even when they’re really busy, like during finals. Every day you need to add a bit of the ingredients needed to make love last, like showing appreciation for the one you love. If necessary, that could be as easy as a quick call, or even a text message. Of course, that can be said about any relationship no matter its age, or the ages of the couple. So often young people are attracted to somebody based on chemistry, whether that’s physical appearance, some similarity in personality, or maybe the person subconsciously reminds the student of a previous loved one, or even a parent. Students need to know that that type of attraction fades, and that they really need to pay attention to red flags when dating.

Q: What type of red flags might someone who has never experienced a long-term relationship need to watch out for?

A: Try to detect if someone you’re interested in is a little bit too caught up with him or herself, or with his or her own world? Often, that type of person will not be very empathetic, and empathy is one of the crucial traits of a loving, long-lasting relationship. Another thing to notice is how you feel when you’re with that person. If you feel controlled, insecure, or overly criticized—these are red flags. These people can change, but you’re not going to change them. It’s going to be a long hard road for them.

Q: What stops most people from finding love?

A: Not feeling lovable is a big one. When you’re not feeling lovable, you’re isolating yourself much more than you need to. You’re smiling a lot less, you’re not connecting well with people, with nature—with everything. You’re not truly being present in the moment. So how do you begin to feel lovable? You need to listen to yourself, to notice the self-talk and distortions you’re telling yourself that make you feel unlovable, sad, and/or angry. People pick up on that. Don’t create a self-fulfilling prophecy.

Q: How does someone go from telling people “I’ve met someone,” to knowing he or she has found a soul mate?

A: You may have found your soul mate if there are some similarities in values and attitudes, otherwise there will be some conflicts and hurdles that you have to overcome. Another way you know is if the person really understands you and what you’re communicating, and vice versa. That is the glue that really holds a relationship together.

Q: There is a section called “conditional love.” Can you briefly explain what that means in context of the book?

A: It means loving someone only if they live up to your expectations. This is bad, because you’re setting yourself up for disappointment and creating more difficulties. Comparing yourself to someone you’re seeing can doom a relationship, particularly when it has to do with things like career, making money, and general interests. Being insistent and persistent about your point of view and expecting the person to just change won’t work either, in any relationship, whether it’s parent-child, teacher-student, or even in the business world.

Q: What are some strategies that might help rekindle love in a relationship? 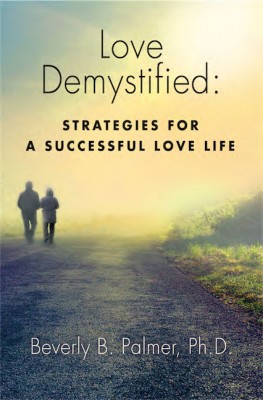 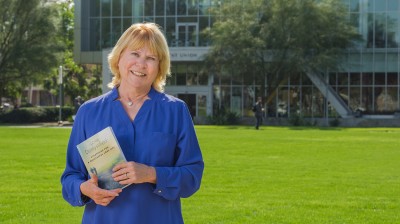