20-Mar-2017 9:05 AM EDT, by University of Virginia Darden School of Business
favorite_border 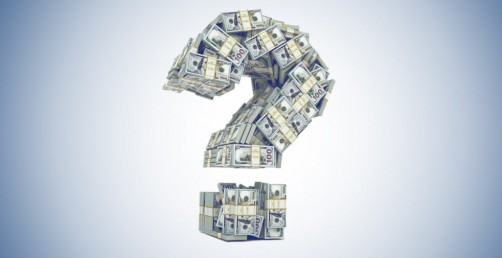 Newswise — The Federal Reserve’s announcement of its benchmark interest rate rise has many looking at what to expect for the U.S. economy in 2017 — and likewise looking at the Fed’s own projections, which include approximately 2 percent inflation and a 4.5 percent unemployment rate. Darden Professor Alan Beckenstein, an expert in global economies and markets, has slightly different expectations. Beckenstein has been offering his annual economic forecast for decades, providing an outlook for the year ahead.

Although the economist recently produced his informed speculation for 2017, he did so against a backdrop of what he termed unprecedented ambiguity, given the many unknown policy outcomes that we’ll see under the new presidential administration.

“This truly is the age of uncertainty,” Beckenstein said at an event held earlier this year and hosted by Darden’s Richard A. Mayo Center for Asset Management and Darden’s Charlottesville, Virginia, alumni chapter. “It is absolutely a free-for-all from an economic standpoint about what might happen.”

Although Beckenstein forecasted a gross domestic product growth of 2.30 percent for 2017, which would represent an increase from the 1.57 percent of 2016, he made clear that the risks of political tensions adversely affecting the economy was “high and rising.” (Note that all “years” were fourth quarter 2016 though third quarter 2017 because the fourth quarter actual numbers were not yet released when the forecasts were constructed; for inflation and unemployment, they were rolling December through November “years.”)

Long-term, sustainable growth will require stability, consistency, confidence and trust in the policymakers in Washington, D.C., Beckenstein said, suggesting that such traits were not yet evident.

“We need trust in government,” Beckenstein said, emphasizing the importance of cooperation. “Ronald Reagan went hard on big government but did so in a collaborative manner. He worked in a bipartisan fashion.”

The economist further predicted significant volatility in the equity market, with at least a 3,000 point spread between high and low points for the year on the Dow Jones Industrial Average.

The potential risks in his forecast were many, Beckenstein said. Looking further ahead, he predicted a 50 percent chance of a 2018 recession.

In addition to a “major shock” to the system in the form of a less expansionary monetary policy, or a wealth shock related to a major event in the bond market, he viewed Trump’s proposed trade policies as destructive and could quickly reverse gains to losses.

Declaring that there was “no such thing as isolated prosperity,” Beckenstein said some sort of trade restriction or border tax would almost instantly be met with retaliation from other countries, causing chaos in the supply chains of major companies and potentially leading to soaring inflation.

Beckenstein was joined in his forecast by Nick Sargen, a Darden lecturer and the chief economist at Fort Washington Investment Advisors.

Sargen, author of the recently published Global Shocks: An Investment Guide for Turbulent Markets, noted the market response to Trump’s election, with all major indices gaining ground, and drew particular attention to the sharp run-up in the Russell 2000 Index of small cap companies.

Sargen said he was yet not ready to dive into the current market in a big way, however.

Although not necessarily bearish on the current state of the market, he said he believed the current run-up in stock prices had been “too far too fast” and was curious to see the results of tax reform legislation currently winding its way through the U.S. House of Representatives.

The bill currently contains orthodox Republican inclinations such as steep cuts in the corporate tax rates and incentives to bring overseas profits back to the United States, but Sargen said it remains unknown whether the final version will include a tariff or “border adjustment tax,” which could potentially spook markets.

Regardless of the final details of the bill, Sargen said the bill will need to give companies the confidence to make capital allocations, saying it remains to be seen whether such legislation will truly affect corporate investment decisions.

Beckenstein is an authority on the impact of public policy and global events on companies and industries. He has worked in the areas of competition policy — antitrust, regulation and deregulation — as it affects company decision-making, as well as similar issues in environmental policy, and global economic and financial...LEARN MORE