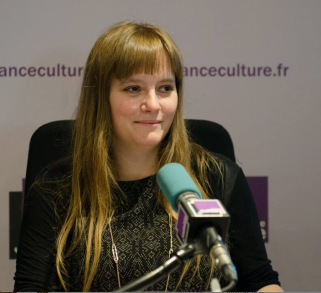 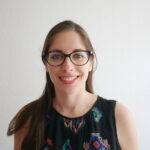 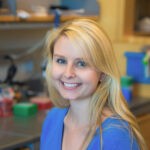 Newswise — The Genetics Society of America (GSA) and The Gruber Foundation are delighted to announce that 2022’s recipients of the Rosalind Franklin Young Investigator Award are Aude Bernheim, PhD, of INSERM; Kara McKinley, PhD, of Harvard University; and Viviane Slon, PhD, of Tel Aviv University.

Funded by The Gruber Foundation and administered by the GSA, the Rosalind Franklin Young Investigator Award is granted once every three years to women who have conducted exceptional and creative research in the field of genetics and who have recently begun or are about to begin their first faculty-level positions. This year, for the first time, three winners have been selected instead of two; however, as in previous years, each awardee will receive a $75,000 award to be distributed over three years for research uses.

“The recipients are recognized for their scientific creativity, originality, and leadership in making significant new discoveries,” says Ruth Lehmann, PhD, Chair of the award selection committee, Professor of Biology at MIT, and Director of the Whitehead Institute. “The committee was impressed by the accomplishments of the exceptional number of outstanding applicants and the breadth of groundbreaking research conducted by women who are at the very start of promising careers.”

Award recipient Bernheim took a somewhat unconventional path to becoming a biologist, studying not only the life sciences but also economics and public policy at the graduate level. Ultimately, captivated by bacteriophage—a class of viruses that infect bacteria—she chose to study microbiology for her PhD in the laboratories of Eduardo Rocha, PhD and David Bikard, PhD at the Pasteur Institute. Bernheim used bioinformatic and experimental approaches to research CRISPR–Cas systems, which are used by around 40% of bacterial species to defend against invading viruses and which have also gained fame for their genome editing applications.

“Toward the end of my PhD, I wondered if maybe there were other types of immune systems that remained to be discovered in microbiology,” Bernheim says. “It took us so many years to discover the CRISPR-Cas systems, and they were there all along.” This curiosity led her to the laboratory of Rotem Sorek, PhD, at the Weizmann Institute of Science, where she conducted her postdoctoral research on the discovery and characterization of anti-phage systems in bacteria. Collectively, this work formed the basis of Bernheim’s current research in her own group at INSERM, which focuses on exploring the diversity of anti-phage systems at different scales, from molecular mechanisms to large-scale evolutionary trends. “I have a strong focus on basic science, but always with an eye on how this can help on the applied side,” Bernheim says. Studying these antiviral defenses in bacteria may eventually contribute to medical advances, such as the discovery of new antiviral molecules and phage therapy for bacterial infections.

Like Bernheim, awardee McKinley didn’t always plan to study biology—in fact, she didn’t take the subject in high school. Instead, her interest was sparked as an undergraduate student at Princeton University when she began independent research on designed proteins in the laboratory of Michael Hecht, PhD. This interest led her to pursue doctoral training in the laboratory of Iain Cheeseman, PhD, of the Whitehead Institute and MIT, where she studied cell division processes using live-cell microscopy along with genetics and biochemistry techniques. “In that time I really fell in love with microscopy,” McKinley says of her years in graduate school. When it came time for her postdoctoral work to begin, she was keen to keep observing biology with her own eyes, but wanted to take her work in a new direction.

“What kinds of new things could we see if we looked in new places?” McKinley recalls wondering—a question that led her to begin studying biology in three dimensions using high-resolution live-cell imaging of miniature, lab-grown, organ-like biological structures called organoids, work she carried out in the laboratory of Ron Vale, PhD, at the University of California, San Francisco. Now, as a assistant professor starting her own laboratory at Harvard University, McKinley has set her sights on researching the understudied phenomenon that is menstruation, a topic she finds fascinating because of the human endometrium’s incredible capacity for self-renewal. “We tend to not get the same credit [for being able to regenerate] as, say, an axolotl, which can regrow its arm,” McKinley says. “But in many ways, this is a great example of human regeneration that happens over and over and over again.” This work may also help inform our understanding of disease states, such as endometriosis and endometrial cancers.

Slon’s interest in prehistoric humans dates back to her childhood. “I come from a family where people read a lot,” Slon says. “There’s always been an interest in history in the family, and I think I got interested in prehistory exactly because it’s beyond the books.” As an undergraduate student and then master’s degree student at Tel Aviv University, Slon conducted physical anthropology research and participated in excavations. Then, for her doctoral research in the laboratory of Svante Pääbo, PhD, at the Max Planck Institute, she had the opportunity to work on a variety of archaeological sites, including the remarkable Denisova Cave. There, she found the first direct evidence of interbreeding between two groups of ancient hominids: the offspring of a Neanderthal mother and a Denisovan father. Slon also developed a method to study sediments from areas where ancient humans lived—even when no human remains can be found—enabling sequencing of ancient DNA from dirt.

After continuing her work on ancient hominids at the Max Planck Institute as a postdoctoral researcher, Slon has transitioned into tracing ancient human populations in Israel and the broader Levant in her laboratory at Tel Aviv University. Because the area has long been a nexus of migration connecting Africa, Europe, and Asia, there is often evidence of changes in tools and technology in the region, but it’s not always clear whether these differences mean new populations had moved in or out or whether only cultural exchanges had taken place. “Looking at their genomes could tell us something about who were the people living in the area at different time periods,” Slon says. “I’m also hoping we can learn more about how these people lived in the sense of their social structure.”

In addition to the research of these three awardees, the committee is also pleased to highlight the outstanding scientific work of three scientists selected for honorable mentions: