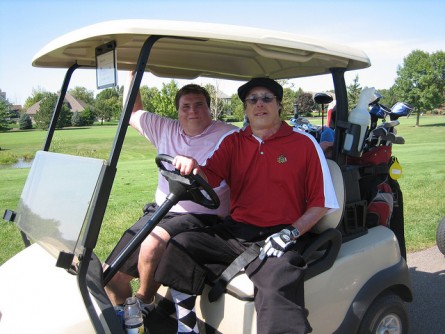 While many blow out the candles on their birthday cake; Jamie Nieto came face-to-face with fire on his birthday in a different way.

“It was the morning of my 20th birthday and I was helping my Mom clear the yard,” says Nieto, of that pivotal day on Nov. 8, 2003. “I piled up the brush and old split tree logs to burn.” Nieto wanted to hasten the burning so he found gasoline and paint thinner. “I chose the paint thinner because I thought gasoline would be too dangerous,” he says.

Nieto was holding the can in his right hand and stood close to the firepit. Too close. “At the first ignition, the paint in my hand exploded and showered liquid and flames all over my face and body,” he said. His mother heard the screams and ran from the front yard to the back and maneuvered him to a water spigot where she doused him with buckets of water.

A Franklin Park police man happened to be patrolling the neighborhood, saw the smoke and, thinking the house was on fire, called the fire department and paramedics. “Within minutes of my injury, paramedics were there and I actually walked to the ambulance and went to Loyola,” he remembered.

Nieto underwent immediate surgeries that saved his hands. “I thought I was going to be at Loyola for a few days, go home and return to my regular life,” he says. Nieto was put in a medically induced coma for three weeks and stayed in the hospital for six weeks. “Jamie sustained burn injury to more than half of his body,” says Richard L. Gamelli, MD, director of the Burn & Shock Trauma Research Institute, director of the Burn Unit at Loyola University Medical Center. Dr. Gamelli also is senior vice president and provost of the Health Sciences Division at Loyola University Chicago.

According to the American Burn Association, in 2013:• 450,000 people sought medical treatment for burn injuries • 3,400 deaths were attributed to fire/burn and/or smoke inhalation• 40,000 people were hospitalized due to burn injuries

“Burn patients suffer some of the most excruciating pain, and many must endure the pain many times as they withstand multiple surgeries, experience daily wound cleaning and bandage changing,” says Dr. Gamelli, who serves as president of the International Society for Burn Injuries. “The best people to help others are those who have been through it themselves.”

Nieto, a scratch golfer before the injury, beat the odds to not only recover but to realize his dream of being a Professional Golf Association (PGA) pro. He boasts a 0 handicap on and off the course. Nieto also now volunteers regularly at Loyola’s Burn Center, helping other burn patients get back to their “new normal” life.

Loyola’s Burn Center is one of the busiest in the Midwest, treating nearly 600 patients annually in the hospital and another 3,500 patients each year in its clinic. Dr. Gamelli and his team conduct ongoing research to advance the care of burn patients. The ninth annual Burn Awareness Golf Outing and silent auction will be held Friday, August 29, at the Pheasant Run Resort in St. Charles. For more information, or to register, visit tinyurl.com/oyrzfvm or call (708) 216- 4328.