Research in a Minute with Kurt Piehler, director of the Institute on World War II and the Human Experience at FSU. 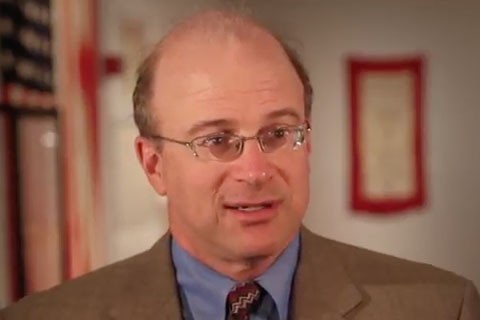 Kurt Piehler, director of the Institute on World War II and the Human Experience at FSU.

Newswise — On the morning of Dec. 7, 1941, the Imperial Japanese Navy leveled a crushing attack on the United States naval base at Pearl Harbor, Hawaii.

As the nation prepares to commemorate the 75th anniversary of the attack that precipitated the United States’ entry into World War II, Pearl Harbor still endures as a monument to the suffering and sacrifice of American servicemen in the Second World War.

The blitz on the Hawaiian naval base was the culmination of an increasingly strained pre-war relationship between the United States and Japan, according to Kurt Piehler, associate professor of history at Florida State University and director of the Institute on World War II and the Human Experience.

“We didn’t know where or when the attack would come exactly, but we knew that some act of Japanese aggression was imminent,” Piehler said. “The attack on Pearl Harbor represented a real failure of diplomacy between the U.S. and Japan.”

The strike, launched with no explicit warning or formal declaration of war, devastated the unsuspecting Americans — four U.S. battleships were sunk, fleets of harbored cruisers and destroyers sustained significant damage and 188 U.S. aircraft were destroyed. The casualties were harrowing: 2,403 Americans were killed and 1,178 suffered serious injuries. It was a brutal salvo that forced the United States into the fray of World War II.

In the days following the Japanese attack, President Franklin D. Roosevelt proclaimed before a Joint Session of Congress that Dec. 7, 1941, would be a “date that will live in infamy.” Today, Roosevelt’s words continue to ring true through the archived materials at the institute.

Among the institute’s archived materials is a 2011 interview of Werner Klemm, a World War II veteran and Pearl Harbor survivor, in which he describes the morning of the attack as one of tumult and terror.

“At five minutes to eight, there was the first call to colors…I saw the airplanes coming up over the mountain, out of the sun. They were fluttering down like cards in a deck,” Klemm said. “A couple bombs came down, so I dropped my ammunition and I laid down on the deck…One bomb went on the one side and it splashed me with water, and the other bomb went on the other side and it took out one of the anti-aircraft guns and killed three men… The place was full of oil and the oil was burning, so we started pulling the men out of the water…some of the men were badly burned and their skin would come off when you’d try to grab them.”Stories of individual experience like Klemm’s are critical in communicating the human cost of war. The mission of FSU’s World War II institute is to foreground the daily lives of individual people and to preserve the stories of emotional and physical suffering that history tends to ignore.

The reams of documents, artifacts and photographs archived at the institute play a critical role in bridging the gap between the lives of men and women during the war and the scholarship of contemporary researchers.

“We have tens of thousands of letters, photos, diaries and other documents that help preserve the legacies of the people affected by World War II,” Piehler said. “Part of the goal of the institute is to promote the teaching of the war, from undergraduate study to doctoral dissertations.”

The institute, located in FSU’s Bellamy Building, boasts a catalog of more than 6,800 collections from individual donors.

“There are still lessons to be learned from World War II, and it’s always important to remember the men and women who died in service to their country,” Piehler said. “To understand American society, you have to understand the Second World War.”

For more information on FSU’s Institute on World War II and the Human Experience, visit http://ww2.fsu.edu.