A Theoretical Physicist Reassures the Lovelorn

What are your chances of finding your one and only?

A game suggests the best strategy for looking for your one and only. 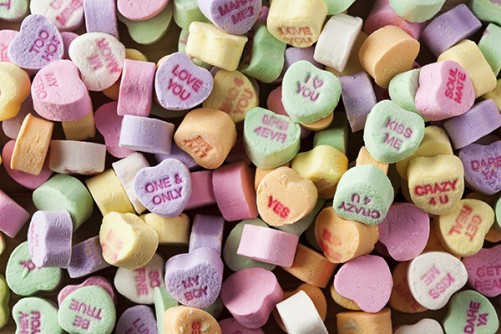 What are your chances of finding your one and only?

Newswise — In 1990, Marilyn vos Savant, a columnist for Parade magazine, received the following reader question, a restatement of a famous puzzle called the Monty Hall problem:

Suppose you’re on a game show, and you’re given the choice of three doors. Behind one door is a car; behind the others, goats. You pick a door, say No. 1, and the host, who knows what’s behind the doors, opens another door, say No. 3, which has a goat. He says to you, "Do you want to pick door No. 2?" Is it to your advantage to switch your choice of doors?

She said yes, triggering an avalanche of angry and insulting letters from readers claiming she was wrong. But, as further investigation showed, the answer she gave — although counter-intuitive — was correct.

People are not natural statisticians and often make the wrong decisions when faced with probabilities rather than certainties. Experiments with probabilistic problems have consistently shown that we have built-in biases that lead us astray. Even statisticians misjudge probability problems, which are often exploited to probe the foibles of the mind.

One of our leading foibles is we feel far more certain than we should about our judgment in cases like this: Hence, the angry tone of many of the letters sent to vos Savant.

The Monty Hall problem, named after the former television game-show host, was one of 13 paradoxes described this fall in a lecture to new Compton Fellows by Carl Bender, the Wilfred R. and Ann Lee Konneker Distinguished Professor of Physics at Washington University in St. Louis.

Here, in celebration of Valentine's Day, we present another of the paradoxes, sometimes called the Picky Suitor problem: Can you guess the odds that you will find your one and only among the 9 billion people on the planet?

The game, of course, is not a perfect analogy for the problem of picking a partner or spouse. For one thing, numbers can be unequivocally ranked from smallest to largest, whereas many a hapless seeker has ended up trying to decide between potential partners who have no clear rank order. For these and other reasons, the Picky Suitor problem is not meant to be a guide to the perplexed so much as to pique curiosity and arouse doubt.

On the other hand, experimental psychologists who have studied the decision behavior of people in such situations as the fussy suitor problem have shown that people tend to stop searching too soon. It may just be that the cost of continuing the search outweighs the cost of making a decision that is less than optimal.

"I enjoyed giving this lecture," Bender said, "because probabilistic problems can be so surprising and that makes them fun. "

He also said, by the way, that he met his wife while studying in the Cornell University library and not thinking about finding a spouse.