UK clinical social worker James Clark discusses the impact death and dying have in children's literature and offers suggestions on how parents and caretakers can approach this sensitive subject with their kids. 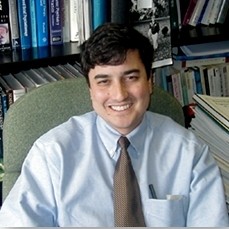 James Clark, associate dean for research in the UK College of Social Work and associate director of the UK Center for the Study of Violence Against Children

Newswise — Children and even some adults around the globe will be saddened this weekend by the loss of a character in the famous Harry Potter book series. Author J.K. Rowling divulged last summer that two central characters will meet their demise in the series' final book scheduled for release midnight July 21. University of Kentucky clinical social worker James Clark feels this is a valuable opportunity for parents to discuss such an important topic as death and dying.

With many speculating that the title character might die in "Harry Potter and the Deathly Hallows," it is safe to assume that at least one of the book's deaths will be of a popular figure. The final book with its two deaths will have an impact on both children and adults, says Clark, associate dean for research in the UK College of Social Work and an associate director of the Center for the Study of Violence Against Children. "A lot of children who have read Harry Potter, and even many adults, have become attached to particular characters."

Clark believes the suspense surrounding the last book and anticipated deaths will make many children eager to talk. Noting the popularity of E.B. White's "Charlotte's Web," he says intense interest in a book or its characters is not out of the ordinary. "It is not unusual for a child who has been really invested in a literary character to feel a sense of loss or some sadness about that character."

In fact, Clark feels the sadness surrounding the loss will open up a discussion about death and any moral implications surrounding the figure's fate. Rather than expecting the loss of a character will create any permanent or extended sadness, Clark believes the experience will actually have a useful outcome by generating conversations between kids and their parents or caregivers. "What is so interesting about literature is that it allows children to rehearse the losses that they may face in life," notes Clark. "If a child has never experienced the death of someone close and they do this in terms of a fictional character, it can bring up feelings and questions about death and dying."

Likewise, a character's death can often be more helpful than harmful for kids that have recently experienced the death of a relative or a friend, or other significant losses like the death of a pet or moving away. "Talking about the literary experience often helps the child come to grips," says Clark. "Rather than seeing this as opening up old wounds unnecessarily, it allows children to sometimes talk for the first time about actual losses that they faced that "¦ they were reluctant to discuss."

Clark offers parents suggestions to begin conversations with their kids as they read the final Potter book and encounter the deaths it details. "What parents ought to do most of all is to express to their child, as the book is being released, their real interest in the child's experience reading the book," comments Clark. "You do not have to be interested in Harry Potter or the book; what you should be is interested in your child and your child's experience."

Clark warns parents against ignoring their children's interest in the Harry Potter books. "The worst thing that an adult can do would be to ignore the fact their child is reading the book or not take it seriously, trivializing it by saying it is just a book or fictional character." He adds, "for many children, as for many adults, sometimes fictional characters feel in ways more 'real' than the real people in their lives."