AACN Certification Corporation Announces Board of Directors for Fiscal Year 2015 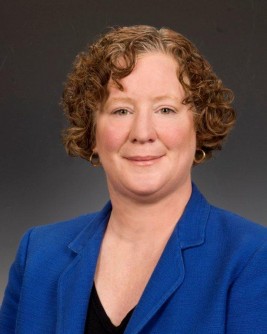 photo courtesy of the American Association of Critical-Care Nurses

Mary Frances Pate, of the University of Portland School of Nursing in Oregon, serves as chair of the AACN Certification Corporation national board.

Mary Frances Pate, RN, PhD, CNS, leads the board as chair during her sixth year of service on the AACN Certification Corporation national board. She will serve a two-year term through June 30, 2016.

AACN Certification Corporation — the credentialing arm of the American Association of Critical-Care Nurses (AACN) — promotes and enhances consumer health and safety through certification and certification renewal. It has certified more than 85,000 nurses and provides comprehensive credentialing for establishing and maintaining standards of excellence in acute and critical care nursing.

Falcón is nursing director of the adult and pediatric trauma center at Robert Wood Johnson University Hospital in New Brunswick, New Jersey, where she joined the staff in 1999 as a critical care nurse in surgical critical care and transitioned to a clinical nurse educator and administrator. With a focus on improving processes and systems for patients, nurses and the healthcare team through communication, relationship building and education, she has presented on a variety of topics, including process improvement.

Wadas is an assistant professor in the graduate program at University of Alabama Capstone College of Nursing in Tuscaloosa with an expertise in cardiovascular and critical care practice. She continues to practice as an acute care nurse practitioner (ACNP) and counsels organizations nationally in developing the ACNP role in their organizations, including role responsibilities, reimbursement and outcomes.

Ilia M. Rolόn begins a three-year term as consumer representative to the AACN Certification Corporation board of directors through June 30, 2017.

Rolόn has more than 20 years of experience working to identify and address unmet needs among the poor and medically underserved in Southern California. She currently is director of Strategic Development at CalOptima, which administers nearly all Medi-Cal benefits in Orange County, where she specializes in countywide initiatives such as local implementation of the Affordable Care Act.

Bay has been a clinical nurse specialist at Clement J. Zablocki VA Medical Center in Milwaukee since 2008, working primarily in progressive care areas. She previously served the hospital as an ICU staff nurse for nearly 20 years, as well as a nurse educator for high acuity and acute care units.

For the past 35 years, Zellinger has worked as a clinical nurse specialist and clinical coordinator in cardiovascular services at Emory University Hospital in Atlanta. She first joined the hospital staff in 1979 as a staff nurse.