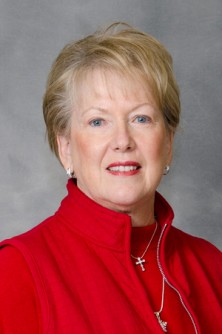 Newswise — COLUMBIA, Mo. – Five years into the Missouri Quality Initiative for Nursing Homes (MOQI), a program aimed at improving nursing home care, researchers at the Sinclair School of Nursing at the University of Missouri are seeing significant reductions in spending and potentially avoidable hospitalizations in participating nursing homes. The results were reported in the project’s annual report, released by the Center for Medicare and Medicaid Innovation, Centers for Medicare and Medicaid Services (CMS) and prepared by RTI International.

“The cornerstone of our work to improve nursing home care is having an advanced practice nurse, or APRN, working full time in each of the 16 nursing facilities. These nurses are key to working with residents and staff, and helping staff recognize changes in health status quickly. By getting treatment in place early, people can avoid getting seriously ill and recover quickly,” said Marilyn Rantz, Curators Professor of Nursing and lead researcher for the project. “We are excited to see that having an APRN working within a nursing home facility is having such a positive impact on patient care. Our results indicate that APRNs should be practicing in nursing homes nationwide.”

Launched in 2012, MOQI is an MU and CMS partnership initiated to improve care at 16 nursing facilities in the St. Louis area.

“Hospitalizations and emergency room visits are among the major drivers for Medicare spending among nursing home residents,” said Judith Fitzgerald Miller, dean of the Sinclair School of Nursing. “I am thrilled that Mizzou researchers are finding ways to improve patient care while reducing health care spending. They are creating a model that can be replicated to improve nursing homes across the nation.”

Rantz’s work in nursing homes’ care quality spans more than 30 years. She is regarded as a premier international expert in quality measurement in nursing homes and research programs to improve quality of care of older people. The MOQI intervention includes key components of support for the APRNs from social work, quality improvement, and health information technology coaches in St. Louis, and others in the University team.

Other MU nursing school researchers involved in the project include:

Colleen Galambos, professor in the College of Human Environmental Sciences’ School of Social WorkGreg Petroski, biostatistician in the Medical Research OfficeSubcontractors on the grant are Primaris, a federally designated organization that works to improve health care quality and affordability for Missouri residents; and Missouri Health Connection, a non-profit organization that creates secure health information networks to connect patients and providers in the state.

“Evaluation of the initiative to reduce avoidable hospitalizations among nursing facility residents,” was released earlier this week by CMS.