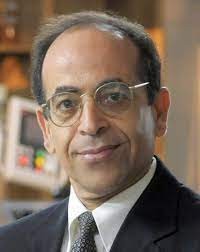 Amy Pritchett, head of aerospace engineering in the Penn State College of Engineering.

Newswise — UNIVERSITY PARK, Pa. — Amy Pritchett, head of the Department of Aerospace Engineering in the Penn State College of Engineering, has been elected a fellow of the American Institute of Aeronautics and Astronautics (AIAA), the world’s largest aerospace professional society.

AIAA elects about one fellow for each 1,000 professional members each year and recognizes him or her as “a person of distinction in aeronautics or astronautics” who has had a valuable and notable influence in the field.

“I am humbled to be included in such a distinguished list,” Pritchett said. “Previous AIAA fellows include not only astronauts and ground-breaking pilots, but also noted scholars in aerospace engineering — including a long line of previous Penn State department heads, including George Lesieutre, Phil Morris, Dennis McLaughlin and Barney McCormick.”

Nominated by Lesieutre, associate dean for research and graduate programs and professor of aerospace engineering, Pritchett received this honor for her significant contributions to the safety of future complex, flight-critical systems.

Pritchett’s research has helped pave the way for early prediction of safety effects and human contributions to safety in aircraft. As noted by Lesieutre in his nomination letter, “her research has often served as a bridge between the human factors community and aerospace technologies and operations.”

Pritchett's work in the field has contributed to a wide range of technologies used in flight, including in-trail spacing, collision avoidance systems, human-autonomy teaming in aircraft and spacecraft and supporting the pilots’ contributions to safety.

“With my background being in aerospace engineering, my research methods are fairly unique in the degree that I use computer models to predict questions like, ‘What does this cockpit, this space mission or this air traffic operation expect the human to do? Is it reasonable to think a human can do this, reliably, day in and day out? And what if something breaks, what situation will the human be in then?’” Pritchett said. “Too often, my research identifies where our engineering designs might put the pilot or astronaut in an impossible situation. Hopefully, I can identify this early on, before the designs are put too far into place.”

Pritchett served as director of NASA’s Aviation Safety Program for two years, where she established the research effort that expanded the knowledge of verification and validation of flight critical systems. Her team at NASA was recognized with the NASA Group Achievement Award in 2011.

“Amy has had a real impact on the design of safety-critical aerospace technologies and operations, emphasizing the critical role of human factors,” Lesieutre said. “As high-profile crashes continue to appear in the news with some regularity, Amy is helping to set the research agenda for flight safety, including human-autonomy teaming. And, through high-profile leadership and service, she is a tireless advocate for the department and for diversity in the aerospace workforce. She is most deserving of this recognition.”

Pritchett has also dedicated her time to serving in multiple national leadership roles for the AIAA. She is currently a part of three national committees within the AIAA: the Emerging Technologies Committee, the Committee on Higher Education, and the Executive Steering Committee for the AIAA SciTech meeting. In 2009, the AIAA Digital Avionics Technical Committee named a scholarship after Pritchett for her service: the AIAA Dr. Amy Pritchett Digital Avionics Scholarship. In 2007, the AIAA also awarded her the Lawrence Sperry Award for her notable contributions as an aerospace engineer under the age of 35.

Pritchett’s contributions to the field have been recognized by numerous organizations. Over the last 20 years, she has received the 2008 National Aeronautic Association Robert J. Collier Trophy as part of the Commercial Aviation Safety Team’s Executive Committee; the Institute Teaching Award for Curriculum Innovation and the Excellence Faculty Award from Georgia Institute of Technology; and the RTCA William E. Jackson Award.

Pritchett came to Penn State from Georgia Institute of Technology in 2017. Since then, she has continued advocating for the promotion of diversity and equity in engineering. She has also continued mentoring women in aerospace engineering, including faculty and students, working to create a national network for women in the field.

“I have been grateful to find such a supportive community at Penn State,” she said. “We’re a small department compared to other aerospace engineering departments, but we’ve got an incredible depth in a wide range of topics, and I’m glad to have so many colleagues to work with.”

Pritchett will be officially inducted as a fellow of AIAA at the AIAA Fellows Dinner on May 19 in Crystal City, Virginia, and recognized at the AIAA Aerospace Spotlight Gala on May 20 in Washington, D.C.

Aviation and Aeronautics Engineering In the Workplace