African-American Youth at Risk: Stress a Factor, but Type Important 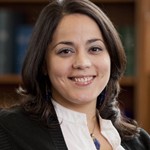 Newswise — Exposure to stress can increase the risk for violent behaviors and depressive symptoms for African-American young adults. Different types of stress, particularly racial discrimination, can influence the level of this risk, finds a new study by Lorena Estrada-Martínez, PhD, assistant professor at the Brown School at Washington University in St. Louis.

The study, to be published in an upcoming issue of the Journal of Youth and Adolescence, examined whether different kinds of stressors equally influence the risk for violent behaviors and depressive symptoms among African Americans transitioning into young adulthood (ages 19-25).

“Results indicate that stressors do not equally impact the risk for violent behavior,” Estrada-Martínez says.

“African-American youth who were at greatest risk for engaging in violent behaviors while transitioning into adulthood were those who experienced higher levels of racial discrimination in addition to general daily stressors.

“Contrary to expectations, stress that stemmed from financial shortage and neighborhood stress were not associated with the risk of violent behaviors during emerging adulthood,” she says. She notes that risk for violent behaviors decreased over time.

Estrada-Martínez and colleagues used data from 604 African-American youths who participated in the Flint Adolescent Study, a longitudinal study that began tracking students in the ninth grade into adulthood.

She says that intervention efforts that focus on helping people to manage the stress that comes from being subjected to overt and more subtle forms of racial discrimination may lessen some of their effects.

“It’s important to note that racial discrimination serves as a lightning rod for violent interactions and must be eliminated from society at the structural level,” Estrada-Martínez says.

She cautions that researchers and policy makers must begin to think critically about how policies may perpetuate discrimination and develop policies that can help eliminate institutionalized racial discrimination.

To read the study, “Stressors in Multiple Life-Domains and the Risk for Externalizing and Internalizing Behaviors Among African Americans During Emerging Adulthood,” and to view a full list of study authors visit springerlink.com/content/m131813jx61128r4/fulltext.html.

Journal of Youth and Adolescence