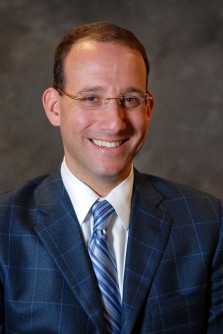 Newswise — NEW ORLEANS— Patients with myelodysplastic syndromes (MDS) who were as old as 74 fared as well with stem cell transplantation as did patients in the 60-to-65 age range, according to a study from Dana-Farber Cancer Institute presented at the annual meeting of the American Society of Hematology.

“This is good evidence that age alone should not limit who should get a transplant for MDS,” said Gregory Abel, MD, MPH, a medical oncologist at Dana-Farber. “Calendar age is less important than other measures, such as whether a patient is physically fit enough to get through a transplant, has a lot of comorbidities, and what his or her performance status is.”

Abel, senior author Edwin P. Alyea, III, MD, and their colleagues analyzed the Dana-Farber experience over 10 years with reduced-intensity conditioning “mini-transplants” in patients with MDS, a group of bone-marrow disorders that generally develop in older adults. The mean age at diagnosis is 71. Transplantation is the only potentially curative treatment for MDS in any age group, but many patients are not healthy enough to undergo the procedure.

The Dana-Farber researchers studied the records of 67 patients ranging in age from 60 to 74. The majority – 64 percent – received transplants from unrelated donors. Comparing recipients who were 60 to 65 with those older than 66, there were no statistically significant differences in overall survival at four years or in four-year survival without disease progression.

Patients in the two age groups also had comparable rates of deaths that weren’t caused by disease relapse, and in the cumulative incidence of relapse itself. In addition, using significant components of the revised International Prognostic Scoring System (IPSS-R), the authors created a new risk score to predict four-year overall survival at time of transplantation. In two multivariable models, one that included the IPSS-R and another that included the new score, age was not a significant predictor of overall survival.

The study findings, said Abel, “are good news, since patients with MDS tend to be elderly and this is the only curative treatment at the moment for this disease.”“We hope this contributes to a growing body of evidence that treatment options should not be denied because of advanced age alone,” said Alyea. “This is especially important in the older patients who have Medicare.”

Dr. Abel’s work was in part supported by a Scholar in Clinical Research Award from the Leukemia and Lymphoma Society.