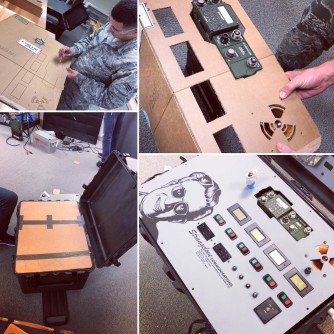 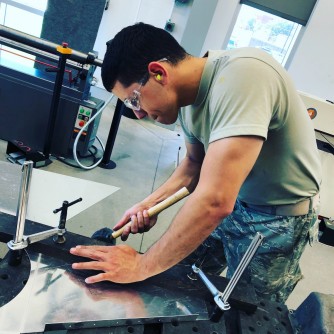 McConnell Air Force Base sent Wing Innovation to GoCreate to work on a solar-poweredradio Go Box.

“What I do for a living is what I do as a hobby,” he said. “I like to make stuff. When I joined here, it was really just to have all these tools at my disposal, to keep me out of trouble.”

Allen is Team Chief of Wing Innovations at McConnell Air Force Base. GoCreate’s equipment and environment sparked a partnership that he thinks fits with the Air Force’s emphasis on innovation. Perhaps, Allen said, innovation facilities can become standard at Air Force wings throughout the country.

“The Air Force is really open, right now, to innovation,” Allen said. “It’s my hopes and dreams that the Air Force sees this as a new way of doing business.”

Allen and his Plans and Programs team of five are scheduled to field test the radio Go Box in late October.

The project that gives Allen an example of how the Air Force can use a partnership with a university to innovate its way to a useful tool and save money. It is a 150-pound device, protected by a Pelican Case, that is convenient to use in the field, easy to transport and can be customized.

“We can take this Go Box and we can go anywhere in the world and be completely independent of needing power,” Allen said. “We can open things up and within five minutes have communications established in whatever way needed. We have solar panels, so we’re kind of able to operate indefinitely.”

Allen looked into manufacturers and said the cost of creating a similar Go Box was $15,900. His group made theirs at GoCreate for $2,772.95 and added features not available from a private company. The team did much of the fabrication work at GoCreate. They painted and wired the device at McConnell.

“We custom-fit the radio down into the box and it’s secure,” he said. “It has a huge battery. It has the solar capability. It has a converter built into it, so we’re able to run our laptops and other stuff. It has two ways to bring in power, not just one.”

The Go Box, according to 22nd Air Refueling Wing Public Affairs, has a range of up to 240 miles with its Harris radio system, antenna and solar panel. The project, Allen said, fits with the Air Force’s deployable air base system (DABS), which uses shipping containers to move its equipment quickly and gear up efficiently and independently to a new area.

“We’re not tied to the grid,” Allen said. “This is something a detachment can quickly grab and go.”

Allen’s team worked with GoCreate personnel in the metals shop to use equipment such as the water jet and welding tools. His team needed help to learn welding and other skills.

“The first time I met Coach it was doing some signage work on the water jet,” said Ed Herold, GoCreate supervisor of machine operations. “That quickly turned into doing a lot of their prototyping stuff out here. The first big one was the radio project.

Allen is showing the Go Box the public and other Air Force wings. His team is working on a few more projects, most notably a nozzle that fits on a hose used to defrost airplane wings.

“It’s exciting to see what they’re coming up with and how they can use this facility,” Herold said. “One the big things (the Air Force) is pushing right now is innovation. It’s gotten to be a partnership.”

Allen calls GoCreate his group’s ace. If they can’t solve a problem on the base, their next stop is GoCreate.

“To have that relationship . . . It’s like a magical thing,” he said. “There’s really no limit to how far we can go.” 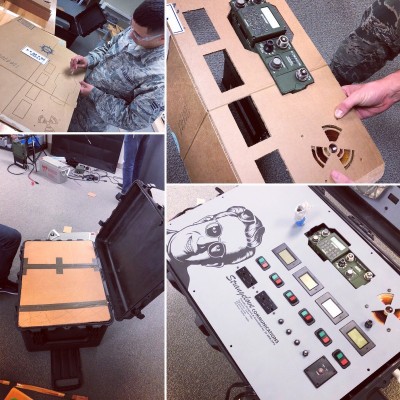 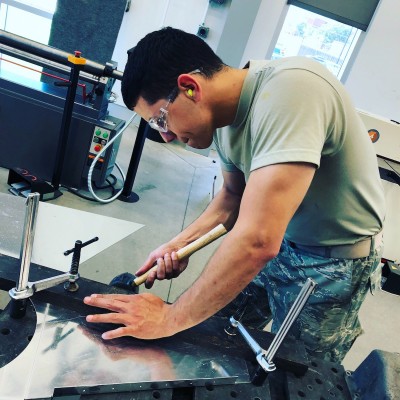