The Pulitzer Prize for Public Service, won as part of an Associated Press reporting team, is the second for Martha Mendoza. 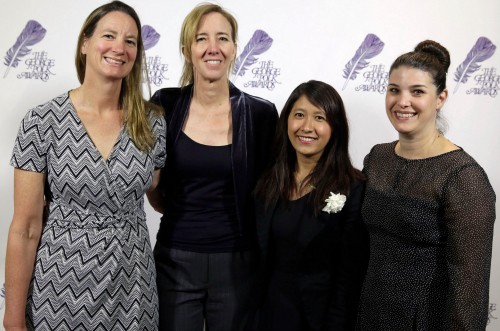 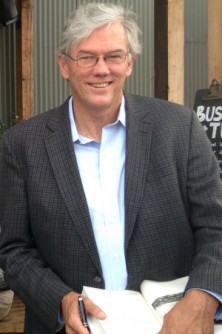 New Yorker writer William Finnegan in July 2015 at a Santa Cruz reading and book signing of his memoir "Barbarian Days: A Surfing Life" which has won the 2016 Pulitzer Prize for biography.

Martha Mendoza (Kresge, ’88, independent major, journalism and education) is part of the Associated Press team that exposed the use of slave labor in the Thai seafood industry. The reporting, Seafood From Slaves, traced slave-produced seafood from Asia to major U.S. supermarkets, restaurants, and food suppliers, and resulted in the freeing of 2,000 slaves. The AP won the Pulitzer for public service—a first for the 170-year-old news agency.

William Finnegan, (Cowell, ’74, English literature) and a New Yorker staff writer since 1987, won in the biography category for his memoir of surfing, Barbarian Days: A Surfing Life.

It is the second Pulitzer for Mendoza, an AP national reporter since 1995 who is also a visiting lecturer in the UC Santa Cruz Science Communication Program. She won in 2000 for investigative reporting as part of an AP team that revealed the slaughter by American soldiers of hundreds of civilians at the No Gun Ri bridge early in the Korean War.

She is also the second UCSC alumna to win two Pulitzers. Dana Priest won in 2006 for investigative reporting and 2008 for public service while at the Washington Post. UC Santa Cruz now has six winners of eight Pulitzers. Previous alumni winners are Laurie Garrett, with Newsday; Hector Tobar, and Annie Wells, both of whom were with the Los Angeles Times.

“It’s no coincidence that this university has produced so many Pulitzer Prize winners,” Mendoza said from AP headquarters in New York where she celebrated the award with colleagues Monday. “It’s a place where students can better understand their role in our society, writing skills are emphasized, and everyone is encouraged to engage in their community and the broader world.”

In Barbarian Days, Finnegan, a lifelong surfer, writes about his love affair with the waves from his time as a young beginner in California and later Hawaii—and as a UCSC student in the early 1970s. His favorite local breaks were Stockton Avenue and Four-Mile Beach. He writes of traveling the world in his 20s, seeking waves, and later working in South Africa teaching English under apartheid.

His journalism began with articles from South Africa. He has reported from around the world, often in conflict zones. In talks at UCSC in December 2014 and during a visit to Santa Cruz last July to promote the book, Finnegan spoke of his time on campus and particularly highlighted his work with literature professor (now emeritus) Harry Berger.

Mendoza credits the UCSC journalism lecturer who was her advisor for her independent major with inspiring her journalism in the pursuit of social justice. “I’m so grateful my UC Santa Cruz education—and particularly the ongoing mentorship of Conn Hallinan—has provided me with tools to address injustices of our world in some small way,” she said.

She, in turn, has taught journalism and writing at UCSC since 2004, and her students appreciate what motivates her as a journalist. “I see the world differently now, imbued with the desire to hold people accountable,” a recent student wrote in a course review, “to promote justice by abolishing secrecy, and to exploit the public record to inform and empower citizens.”

Another wrote: “She made me realize how much this reporting can change people’s lives, and how necessary it is and will always be.”

And another, “It was wonderful that she shared her progress exposing slavery in Thailand fisheries. She was very candid about her moral dilemmas as a journalist trying to do the most good by the victims.”

The AP’s series uncovered how seafood sold in U.S. grocery stores and restaurants was being produced by slaves. Mendoza reported and wrote the series with overseas colleagues Margie Mason, Robin McDowell, and Esther Htusan.

The Public Service award is considered the most prestigious of the Pulitzers and is awarded to an organization rather than individuals. This is the AP's 52nd Pulitzer.

Pulitzer winners receive $10,000, though the public service Pulitzer is in the form of a gold medal rather than cash.

The project has garnered more than a dozen of journalism’s highest awards including the $25,000 Goldsmith Prize for Investigative Reporting from Harvard University’s Shorenstein Center, the George Polk Award for foreign reporting, the $35,000 USC Annenberg 2016 Selden Ring Award for investigations that produce results, and the gold Barlett and Steele Award for Investigative Business Journalism.

The investigation led to the freeing of more than 2,000 enslaved fishermen from Myanmar, Thailand, Cambodia, and Laos, the jailing of perpetrators, Congressional hearings, and the proposal of new laws. The U.S. State Department used the series as part of its decision to give Thailand the lowest rating for human trafficking and has discussed the findings during diplomatic talks.

“The issue had been bubbling up a little in Southeast Asia, as some slaves escaped—but it hadn’t been getting much attention,” Mendoza told the Media Guild. “We set out to do two things that hadn’t been done before. One was to find people currently working as slaves, to put an end to the suggestions that the problem was behind us. The second thing was to specifically track the supply chain to the major retailers, so they could no longer disassociate themselves from the labor abuse.”

Winning the awards will bring more attention to the issue, Mendoza said. “The enslaved people were risking their lives when they spoke to us. Yet they told their stories with courage and integrity. They deserve the recognition.”

Mendoza, who lives in Santa Cruz, is planning to move to Thailand with her family in July for a yearlong reporting assignment.

Caption: The Pulitzer Prize for Public Service, won as part of an Associated Press reporting team, is the second for Martha Mendoza. 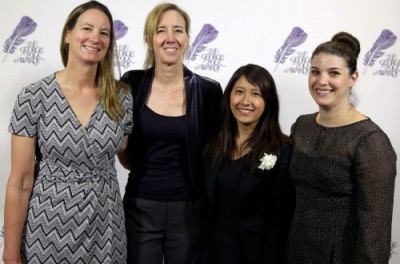 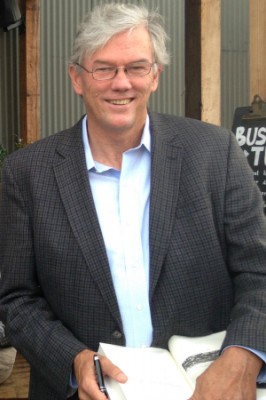 Caption: New Yorker writer William Finnegan in July 2015 at a Santa Cruz reading and book signing of his memoir "Barbarian Days: A Surfing Life" which has won the 2016 Pulitzer Prize for biography.