Amid Strong US Economy: 3 Threats?

7-Feb-2019 8:05 AM EST, by University of Virginia Darden School of Business
favorite_border 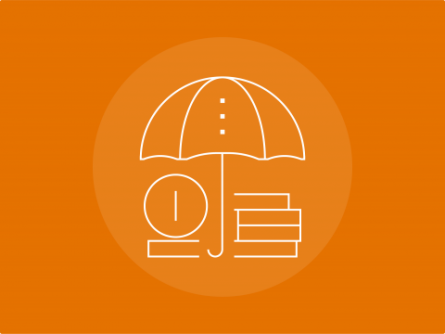 Newswise — Most economic crises fade quickly into blurry memories, but the same can’t be said of the mortgage meltdown and Great Recession of 2007–09. A decade later, three of Darden’s top economics and finance professors share their concerns of a repeat.

For 2019, the worries are related to a range of economic and financial matters. However, all are within a broad theme. The risks of financial market mishaps are now higher than usual, both in the U.S. and abroad, the professors say. Among other things, that raises the possibility of the first U.S. recession in a decade.

To be clear, none of the Darden experts see a carbon copy of the prior global financial crisis, only similarities. As one modern proverb often attributed to Mark Twain goes: “History doesn’t repeat, but it often rhymes.”

THREAT NO. 1: THE CONSEQUENCES OF AN OVERHEATED ECONOMY

“I see a 50 percent chance of a U.S. recession in the second half of 2019, depending on how fast the Federal Reserve raises the cost of borrowing money,” says Professor Alan Beckenstein, who teaches in the Global Economics and Markets area at Darden. The problem Beckenstein sees is that the U.S. economy is expanding at an unsustainable rate and interest rates are rising. Those two things together have the potential to shock the economy into a recession, he explains. If the rate hikes are slower than expected, then a recession could come later.

Even before the Trump-administration-backed tax cuts, the U.S. economy was booming. The tax cuts added fuel to an already roaring fire, Beckenstein says. “Who thought we’d have an expansionary fiscal policy at full employment?!”

As the economy accelerates and the Fed wishes to prevent inflation from rising, interest rates will rise faster than previously expected, and that will cause the price of bonds to tumble, possibly quickly and significantly.

Many small and large investors own bonds. Such a bond market drop could cause a “negative wealth shock,” meaning bond-owners could feel poorer and close their wallets — potentially sending the economy into a recession.

The U.S. isn’t the only place where risks abound.

THREAT NO. 2: RIPPLES FROM GLOBAL CURRENCY AND COMMODITY SHOCKS

Last year’s surge in the value of the U.S. dollar and resulting fall in some emerging market currencies also have the potential to cause a crisis. “Very great stresses are associated with currency declines,” says Darden Dean Emeritus and University Professor Bob Bruner, who has studied past financial crises extensively. Falling commodity prices can create a similar crunch, he says.

“The Panic of 1837 resulted from sharp movements in the price of cotton, and the Panic of 1857 was caused by the plummeting price of foodstuffs after the Crimean War in 1856,” he says. When commodity prices fall, so do a country's exports and tax revenues, thus hurting the economy. “These are very interesting stories because the shock often occurs well before the crises.”

Some countries experienced an economic shock in 2018. As the greenback rallied last year, money fled emerging economies in favor of the U.S. The result for some countries was a brutal crash in the value of their currencies. The Turkish lira and Argentinian peso were two of the worst hit, losing about a third and half their value, respectively, from January through September last year. Other nations saw their currencies hurt also.

Many such countries borrowed money denominated in dollars, Bruner says. Massive currency depreciation means that the costs of paying the debts spiral up when measured in local currency. Put simply, some countries went from swimming in debt to submerged in it.

Additionally, an even larger problem would come if these countries stop paying the banks that lent them money. That would hit profits at the financial institutions and could also hurt anyone who lent money to those banks. That’s how the crisis in 2007 spread across the world: from bank to bank to bank.

Bruner cautions that this doesn’t mean the global financial system will grind to a halt. “I don’t think the financial system is anywhere near as vulnerable as it was in 2007,” he says. However, it could cause banks to lend less freely.

A financial innovation that came of age over the last decade has the potential to exacerbate a fall in stocks. In other words, a dip in the S&P 500 might quickly morph into a plunge. “I am concerned about how exchange-traded funds perform when we finally have a down market,” says Professor Rich Evans, who teaches investments and portfolio management. ETFs are unique in that they hold diversified securities, like mutual funds, but are bought and sold on an exchange, like stocks.

While the first ETF was introduced in the early 1990s, the use of them has exploded since the financial crisis. Globally, there are now more than $5 trillion of assets in ETFs, according to the website TrackInsight, up from under half a trillion in 2005. The enormous volume concerns Evans because the way these securities trade is not the same as individual stocks.

When the stock market sees large price swings, ETF market makers who serve as the primary source of liquidity in these markets may be more inclined to step away from the market.  That could leave investors without an easy way to buy or sell their ETF shares.

Here's how: ETF dealers make money off the difference between the price at which they buy and sell shares. Ideally, ETF dealers end each day having bought and sold the same number of shares. That way the dealer profits regardless of whether the market rises or falls.

But sometimes there's a mismatch. For instance, a dealer may sell far more shares than it had available to send to customers. In this example, the ETF dealer should create more shares.

However, Evans discovered that sometimes dealers don't do that. Instead, they wait days to create those shares and, in doing so, increase their effective leverage, running the risk of losing money or even going bust if the stock market swings the wrong way and they are not fully hedged.

Because of the huge total net assets invested now in ETFs, this could potentially exacerbate a market nosedive. Given how rich U.S. stock valuations have become, the potential for such a nosedive is greater, Evans says.