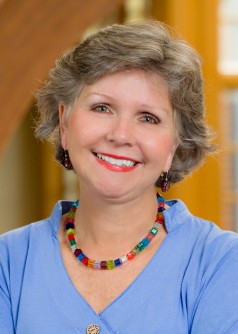 Newswise — (Winston-Salem, N.C.) – Laura Gonzalez is a bit of a rare breed among college students because she has never shared anything regrettable on social media.

Unlike many of her peers, she refrains from sharing “T.M.I.” about her relationship status and her weekend plans for one simple reason. She is looking for jobs.

“Facebook has become more of a branding tool more than anything else,” said Gonzalez, a Wake Forest University senior who regularly shares on Facebook, Twitter and Tumblr. “Using social media is one way of putting out who you are, what your interests are, and showing how you can benefit the work force. But I always ask myself, ‘What would a future employer think of this?’’’

These days, employers are not the only ones using social media to evaluate their applicant pools. Higher education is increasingly getting in on the action, too. According to a 2011 Kaplan Test Prep survey, nearly a quarter of admissions officers use Facebook to help evaluate applicants, and 20 percent use Google.

Martha Allman, Wake Forest’s Dean of Admissions, says social media offer additional communication channels for colleges and universities to get to know prospective students – but not in an attempt to act like Big Brother.

“Our admissions officers use Google, Facebook and YouTube more for good than anything else,” she said. “In the past, we’ve used them to learn more about a service project student has written about, a musical group an applicant played in and an internship program an applicant referenced. Typically the results aren’t surprising, but they can be reassuring.”

Though there have been instances when her staff has found information online about a student that isn’t flattering, she says there is never one determining factor in admitting students to Wake Forest.

“Anything negative we find typically confirms other suspicions we have already,” Allman said.

According to a recent Pew Internet study, 80 percent of teens online use social media; of those, 93 percent are on Facebook. Because social media are an important part of today’s teenage culture, Allman offers several tips to help students balance what she calls their “digital personae.”

• Be careful what you put online – Don't post anything that you don't want an admissions officer to see.

• Know your privacy options – Privacy settings can change frequently, especially on Facebook. If you’re tagged in a friend’s photo, people in both of your networks can now see those. Instagram is even more open; default settings mean anyone can view your photos.

• Talk to your friends – Set ground rules about what types of status updates, photos and location based service updates you want to be tagged in. Chances are if they’re applying to schools, they should think about their own profiles as well.

• Be yourself – Whether it’s an essay, an interview or a Tweet, admissions officers are looking for the real you in all your communications.

“Wake Forest is one of many schools that uses Google and social media in its admissions process just as employers would when interviewing job applicants. Ultimately, we want to recruit talented individuals who would be a good fit for the campus community,” Allman said. “If we need to follow up on an individual’s experience or background, we might use social media, but we’re also likely to use other means, too.”

Gonzalez hopes this advice will her younger sister, a freshman in high school, before she gets caught up in the fun of sharing (or oversharing). Her sister doesn’t use Facebook yet, but when she does, Gonzalez has her own personal tip.

“I will tell her not to put anything out there that she doesn’t want our parents to see. It’s that simple,” she said. “Regardless of changing privacy settings, using good judgment will keep her in safe territory with admissions officers as well.”

Back to School Education Media and Journalism