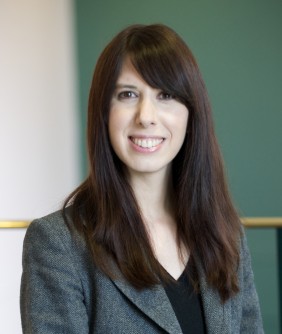 Newswise — According to Patricia Leavy, today’s women are settling for less and learning to live with it: While food and snack purveyors now seem to offer “mini” or “low-fat” everything, the downsizing isn’t limited to food, according to Leavy, a sociologist and scholar of women’s issues and popular culture at Stonehill College in Easton, Mass.

In her new book, Low-Fat Love (Sense Publishers, 2011), Leavy sheds light on a new world of short cuts and instant gratification, and offers a tale that explores how women are trimming expectations regarding romantic relationships, friendships and how they communicate with each other. “Gone are the pages of carefully written correspondence,” she says. In the place of yesterday’s meaningful written expression and the art of discussion, she notes, “today we send a quick text, post a tweet or update a Facebook status to communicate our feelings and actions.”

The author of more than a dozen books, Leavy debuts Low-Fat Love as her first work of fiction, as part of the Sense Social Fictions series. The series emerged out of the arts-based research movement and includes books informed by social research but written in a literary form that would be equally at home in the college classroom or book club. “The book is informed by a decade of interview research with young women and teaching about gender, relationships and popular culture,” says Leavy.

Her new book tells the story of Prilly Greene and Janice Goldwyn, editors at a New York publishing press, each have their own difficulty with men in their lives. While Prilly falls for the bad-boy, Pete, who doesn't truly care, Janice is stuck in a loveless marriage of her own making. Along with Prilly and Janice, a cast of characters' stories are interwoven throughout the book, offering an unparalleled look into the lives of women as they battle for self-esteem, love and respect. According to Leavy, the book is underscored with a commentary about female identity-building and self-acceptance and how, too often, women become trapped in limited visions of themselves.

The Founding Director of the Gender Studies Program at Stonehill College in Easton, Mass., Leavy is using the book as supplementary reading in two of her courses: Pop Culture, and her seminar class Sexuality, Love and Relationships. A campus Q&A about the book can be found here: http://www.stonehill.edu/x24708.xml and a link to the book on the Sense Publishers Web site is here: https://www.sensepublishers.com/product_info.php?products_id=1301&osCsid=1a7

More information on the new book:

We’re a nation addicted to our favorite pop culture idols including the Kardashians, Lady Gaga, Katy Perry and, of course, Snooki and The Situation. We can’t seem to get enough of them and their latest escapades. But are they doing more harm than good?

Stonehill College pop culture and women’s studies expert Patricia Leavy, PhD, says, “When it comes to well-being, pop culture is like junk food and should be consumed in moderation. They warp our view of healthy relationships causing us to believe melodrama and bad-boys are good for us, and women are not complete without a man on their arm. The result is we look for our self-esteem from outside sources instead of the only place it can come - from within.”

Dr. Leavy is an acclaimed women’s interest author—she was named the 2010 New England Sociologist of the Year by the New England Sociological Association—and is an expert broadcast commentator as well as a leading qualitative researcher with a dozen books to her credit. She is the author of the new novel Low-Fat Love (2011) which explores women’s identity-development in the context of popular culture, why some women are attracted to men who withhold their support, and the psychology of unhealthy relationships.

With conviction and insight, Dr. Leavy can offer expert commentary on:

• Why women settle in relationships• What ‘low-fat’ love means• What drives women who try to fix relationships that aren’t working• The fatal ‘bad boy attraction’• Top signs of an unhealthy relationship• What women can do to avoid low-fat love• How pop culture influences people’s romantic relationships• How can women, and young girls, build self-esteem• Why girl friends may be more important for our mental health than our male partners

Stonehill College Professor Patricia Leavy is an acclaimed pop-feminist author and expert commentator as well as a leading qualitative and arts-based researcher. Dr. Leavy earned her PhD in Sociology at Boston College. She has since held a professorship in Sociology and served as Founding Director of the Gender Studies Program at Stonehill College in Easton, Mass.