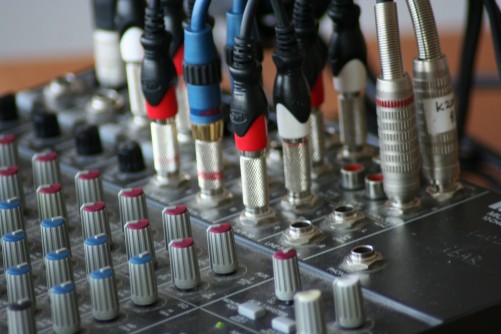 Newswise — Stretching their boundaries, artificial intelligence researchers at Rensselaer Polytechnic Institute have teamed up with musicians on an unlikely project: a digital conductor of improvised avant-garde performances.

A conductor that could guide such performances must be capable of “high-level reasoning,” said Professor Selmer Bringsjord, co-principal investigator, director of the Rensselaer Artificial Intelligence and Reasoning Laboratory, and head of the department of cognitive science at Rensselaer.

The problem is an excellent candidate for artificial intelligence because a conductor of the unpredictable musical style would need to employ interconnecting elements of cognition – perception/action, reasoning, decision-making, planning, memory – to understand and respond appropriately to the music.

“Is there a way to render in formal logic and reasoning what Leonard Bernstein does?” said Bringsjord. “We will need to capture what the musicians are doing in a musical calculus. Then the system reasons over the calculus.”

The “Creative Artificially-Intuitive and Reasoning Agent” (CAIRA) project is supported by a three-year $650,000 NSF grant, and joins Bringsjord with musicians and researchers Jonas Braasch, an acoustician, assistant professor of architecture, and principal investigator; Pauline Oliveros, a virtual accordionist and clinical professor of music; and Doug Van Nort, an electronic musician and music technology researcher. The latter three form the musical trio Triple Point, which acts as a “performance laboratory” for the project.

The challenge of creating a digital conductor is greater given the trio’s musical style than it would be with music that fits a set genre or convention, said Oliveros, co-principal investigator and founder of the Deep Listening movement. Deep listening is a philosophy and practice that distinguishes between the involuntary nature of hearing and the voluntary selective nature of listening.

“Most people understand music in terms of pitch, rhythm, and volume. We’re concerned with texture and density and timbre, as well,” Oliveros said. “These parameters are more complicated for the system recognizer and more exciting for us.”

The CAIRA project builds on a two-year pilot project in which the trio built a software accompanist to their music. Their pioneering work on that project led to software that analyzes and classifies qualities related to density, texture, and timbre, said Van Nort.

“It’s about understanding the musical structure at the level of the sound signal. It is far from trivial to say in real-time – ‘oh, this is somehow the ‘same’ as something that happened before’ – with reference to density, texture, and timbre, as well as pitch, rhythm, and volume,” Van Nort said.

Oliveros said the pilot project was “mostly about getting the software to respond to what we’re playing.”

“The software listens, extracts, and parses what we’re playing and may feed it back to us in a different form or a replica,” Oliveros said. “It makes decisions about what it thinks is working in improvisation as it’s happening.”

In more technical terms, Braasch explained the project as “combining algorithms that simulate human hearing through a process called auditory scene analysis and then using the extracted acoustic information to make musical decisions based on the simulation of human cognition.”

Bringsjord said his team will attempt to represent music, or aspects of music, in logic equations – essentially queries that can be proven true or false.

“So, if one performer were dominating the performance and you asked it ‘how would you balance the performance?’ the system may be able to infer that you must prod some of the others performers, or maybe subdue the dominant performer,” Bringsjord said.

His research in cognitive science – the study of how the brain represents and transforms information – indicates that the most probable route to success lies in limiting the function of the program to that of conductor or teacher.

“My prior work says human literary creativity cannot be rendered into formal logic. Maybe only parts of what they’re doing can be described that way. If we want to do this independent of music genre, I and my team view this as building a machine conductor and teacher,” Bringsjord said.

The conductor will eventually work with Oliveros on accordion, Braasch on saxophone, Van Nort as he creates electronic music on his laptop, as well as with the digital accompanist they have created.

Each module will be a self-sustained part of the software so that they can be interchanged to achieve various effects.