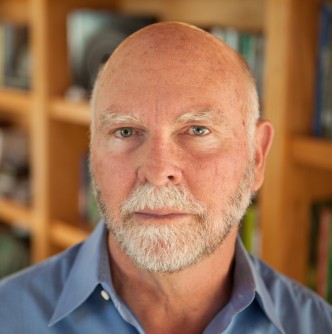 “Dr. Venter is a leading visionary and researcher in the field of genomics, and we are honored that he will be speaking at our 54th Annual Meeting,” says Peter L. Goering, PhD, Society of Toxicology vice president and chair of the Scientific Program Committee. “His work in genomics represents a solid foundation upon which toxicologists can develop better research into how different drug and chemical exposures impact human health.”

Throughout his career, Dr. Venter has led research teams to sequence and analyze the genomes of hundreds of organisms and, in 2010, constructed the first entirely synthetic bacterial cell. He has authored more than 250 research articles throughout his career and is the recipient of the 2008 National Medal of Science award.

The Society of Toxicology’s 54th Annual Meeting and ToxExpo will bring together more than 6,000 toxicologists and related researchers to participate in more than 150 scientific sessions. Registration for the meeting is open now on the Society’s website (www.toxicology.org).

About J. Craig VenterJ. Craig Venter is a biologist renowned for his contributions in sequencing the first draft human genome in 2001, the first complete diploid human genome in 2007 and construction of the first synthetic bacterial cell in 2010. He is founder, chairman, and CEO of the J. Craig Venter Institute (JCVI); founder and CEO of the company, Synthetic Genomics Inc (SGI); and a co-founder and CEO of Human Longevity Inc (HLI). He and his teams are focused on a variety of projects and programs, including synthetic genomic research and the application of these advances to develop new biofuels, vaccines, and food and nutritional products; continued analysis of the human genome, including the human microbiome; and discovering and understanding genetic diversity in the world’s oceans. Dr. Venter is a recipient of the 2008 National Medal of Science and is a member of the National Academy of Sciences. He is the author of Life at the Speed of Light: From the Double Helix to the Dawn of Digital Life (Viking, 2013) and A Life Decoded: My Genome: My Life (Viking, 2007).

About SOTFounded in 1961, the Society of Toxicology (SOT) is a professional and scholarly organization of more than 7,700 scientists from academic institutions, government, and industry representing the great variety of individuals who practice toxicology in the US and abroad. SOT is committed to creating a safer and healthier world by advancing the science of toxicology. The Society promotes the acquisition and utilization of knowledge in toxicology, aids in the protection of public health, and has a strong commitment to education in toxicology and to the recruitment of students and new members into the profession. For more information about SOT and toxicology, visit the Society online at www.toxicology.org, follow us on Twitter @SOToxicology, and like us on Facebook.