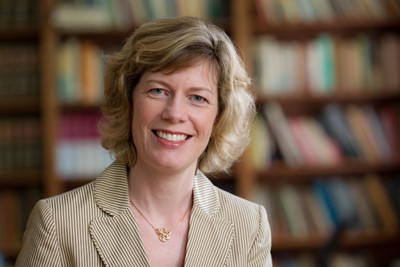 Newswise — Sarah Kenyon Lischer, associate professor of politics and international affairs at Wake Forest University, is an expert on humanitarian crises, refugees and migration. She can comment on the bill passed by the House to introduce new screening standards for Syrian and Iraqi refugees seeking to enter the United States.

Lischer has published widely on refugees, migration, humanitarian crises, genocide and related topics and is the author of Dangerous Sanctuaries: Refugee Camps, Civil War, and the Dilemmas of Humanitarian Aid (2005). She has written for The Christian Science Monitor, The Huffington Post, The American Scholar and The Baltimore Sun among other media outlets. Here is a link to a recently published op-ed she wrote regarding Syrian refugees.

“The House bill imposes unnecessary and implausible measures on an already overloaded resettlement process. The bill expresses lawmakers’ hostility toward Syrian refugees, masking intolerance as security concerns. If implemented, it will create a hopeless logistical bottleneck trapping refugees in hellish camps as they wait in vain for approval from the director of the FBI, the secretary of the Department of Homeland Security, and the director of national intelligence. The current resettlement process already requires multiple levels of screening; it is the most thorough and onerous imposed by any host country. Before even reaching the American system, a potential refugee is screened by the United Nations High Commissioner for Refugees for evidence that he or she is a victim of persecution and will be at risk if returned to his or her country.

Already, numerous federal agencies participate in the screening process, including the Departments of State, Defense, and Homeland Security, the FBI, and the National Counterterrorism Center. Syrian refugees are subjected then to further scrutiny for added security measures. The Congressional vote will not make America safer, but it will make refugees more miserable.”