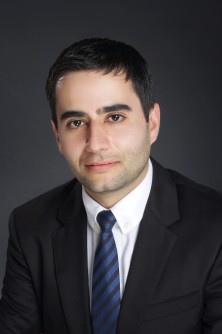 Newswise — SAN DIEGO, September 25, 2017 — A new survey finds breast cancer patients’ actual radiation therapy experiences largely exceeded their expectations. The survey, which addressed the fears and misconceptions regarding radiation therapy for breast cancer, found that more than three-fourths of the breast cancer patients surveyed found their experiences with radiation therapy, including overall and specific long-term and short-term side effects, to be less “scary” than anticipated, according to research presented today at the 59th Annual Meeting of the American Society for Radiation Oncology (ASTRO).

“Radiation oncologists know firsthand that our patients come in with fears and sometimes misconceptions. Unlike many other treatments and fields of medicine, it is very hard to imagine what radiation therapy is like,” said Narek Shaverdian, MD, lead author of the study and a radiation oncology resident at the David Geffen School of Medicine at the University of California, Los Angeles (UCLA). “Still, it is surprising to find that upwards of 90 percent of women surveyed agree that if future patients knew the reality of the radiation therapy experience, they would be less afraid of treatment.

“Advances in radiation therapy technologies over the past several decades and the increased use of hypofractionation—where radiation is given in larger doses across fewer sessions—have afforded patients more convenient treatment options, as well as lower toxicity rates in many situations,” said Dr. Shaverdian.

“Our study shows that women who received modern breast radiation therapy overwhelmingly found the treatment experience far better than expected. The negative stories out there are frightening and pervasive, but they generally are not reflective of the actual experience,” said Susan McCloskey, MD, MSHS, assistant professor at the David Geffen School of Medicine at UCLA, Director of the Breast Service at UCLA Radiation Oncology and senior author of the study.

Surveys were sent to all patients who received treatment for breast cancer at a UCLA-affiliated multidisciplinary breast cancer clinic between 2012 and 2016. Eligible patients had six or more months of follow-up and were without tumor recurrence. Sixty-five percent of these 502 patients returned surveys, and study findings are based on these 327 responses. The median age of survey respondents was 59 years (range 28-89 years).

Nine in ten patients (90%) found the actual experience of breast radiation therapy to be “less scary” than anticipated. Overall short-term and long-term side effects of radiation were better than expected or as expected for 83 percent and 84 percent of respondents, respectively. Patients also reported that side effects were less severe than or as expected for short-term breast pain (75%), skin changes (61%) and fatigue (78%), as well as for long-term appearance changes (85%), breast pain (79%), breast size changes (73%) and breast textural changes (70%).

“We hope that these data, which reflect the voices of past breast cancer patients, can help to counsel future patients and their physicians on the actualities of the modern breast radiation therapy experience,” said Dr. Shaverdian. “Patients who have received this treatment provide the most credible account of its actual impact, and their accounts show that outdated, negative stereotypes of breast radiation are almost universally found to be untrue.”

The abstract, “The patient's perspective on breast radiation therapy: initial fears and expectations versus reality,” will be presented in detail during a news briefing and an oral abstract session at ASTRO’s 59th Annual Meeting in San Diego (full details below). To schedule an interview with Dr. Shaverdian and/or outside experts in breast cancer, contact ASTRO’s media relations team on-site at the San Diego Convention Center, September 24 through 27, by phone at 703-286-1600 or by email at [email protected].