Bruce Canaday Named New Dean of the School of Pharmacy at St. Louis College of Pharmacy 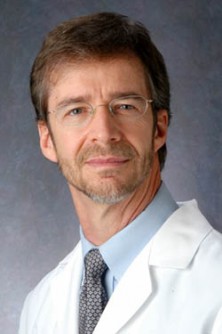 Since 2010, Canaday served as professor and chair of the department of pharmacy practice and pharmacy administration at the Philadelphia College of Pharmacy of the University of the Sciences. He received his B.S. from Purdue University and his Pharm.D. from the University of Tennessee.

“We were looking for a national leader in pharmacy to help us take the bold steps necessary to achieve our vision of being globally prominent in pharmacy and health care education, interprofessional patient-centered care, and collaborative research, and we have found that in Dr. Canaday,” said College President John A. Pieper. “Dr. Canaday has served as president and chairman of the board for the two largest pharmacy organizations in the country, the American Pharmacists Association and the American Society of Health-System Pharmacists. We are excited that we have recruited such a preeminent leader in pharmacy and healthcare education to join St. Louis College of Pharmacy.”

In 2010 he was appointed by the APhA board to serve a six-year term on the board of directors of the Accreditation Council for Pharmacy Education (ACPE). He was just elected to serve as vice-president of the board.

“I am excited about the forward-thinking vision of St. Louis College of Pharmacy, and the opportunity to join this historic institution,” said Canady. “In addition to an innovative curriculum and unique location within one of the world’s preeminent medical and healthcare complexes, the College is in the midst of a construction phase that will provide the facilities needed to continue to offer the best pharmacy education to their students.”

Prior to joining the Philadelphia College of Pharmacy faculty Canaday was clinical professor and vice-chair in the division of pharmacy practice at the University of North Carolina at Chapel Hill. He served as director of the department of pharmacotherapy at the Southeast Area Health Education Center in Wilmington, N.C., where he spent 35 years as a clinician, educator, consultant and preceptor for students and residents.

“I’d like to thank the search committee, led by Dean Kilgore, for their hard work throughout the search process and for identifying such talented candidates,” said President Pieper. “This is a very exciting time in the College’s history.”

Canaday will assume duties as dean August 1, and welcome the Class of 2021 this fall as the inaugural class under the College’s new curriculum. Throughout 2014, the College is celebrating its sesquicentennial. From the last to the next 150 years of educating future pharmacy innovators, the College’s students, faculty, and graduates are continuing to strengthen the profession of pharmacy and redefine health care locally, nationally, and worldwide.

About St. Louis College of PharmacyFounded in 1864, St. Louis College of Pharmacy is the region’s only independent college of pharmacy. The College is the third oldest and 10th largest college of pharmacy in America. Founded by luminaries such as Henry Shaw, St. Louis College of Pharmacy has been partnering with other recognized leaders to care for the health of our region’s citizens for 150 years. Located in the heart of one of the world’s finest biomedical research and patient-care centers, the College provides innovative education, research, and career opportunities for students. The College is viewed by leaders of other premier academic and health care organizations as a critical component needed to deliver high quality patient-centered care. The curriculum integrates the liberal arts and sciences alongside introductory and advanced practice experiences where students can develop expertise and become leaders in the profession and their communities. Beginning in the fall of 2014, the curriculum will expand to three undergraduate years and four years of the professional program. Graduates will earn a Bachelor of Science degree after four years, and a Doctor of Pharmacy (Pharm.D.) at the completion of their studies. The College admits students directly from high school and accepts transfer students and graduates from other colleges and universities. More than 1,300 students are currently enrolled from 28 states and several countries, including Canada, China, Korea, Saudi Arabia, Slovenia, and Vietnam. College alumni practice throughout the nation and in 13 different countries, providing a strong network to assist students with their goals. Additional information is available at www.stlcop.edu.